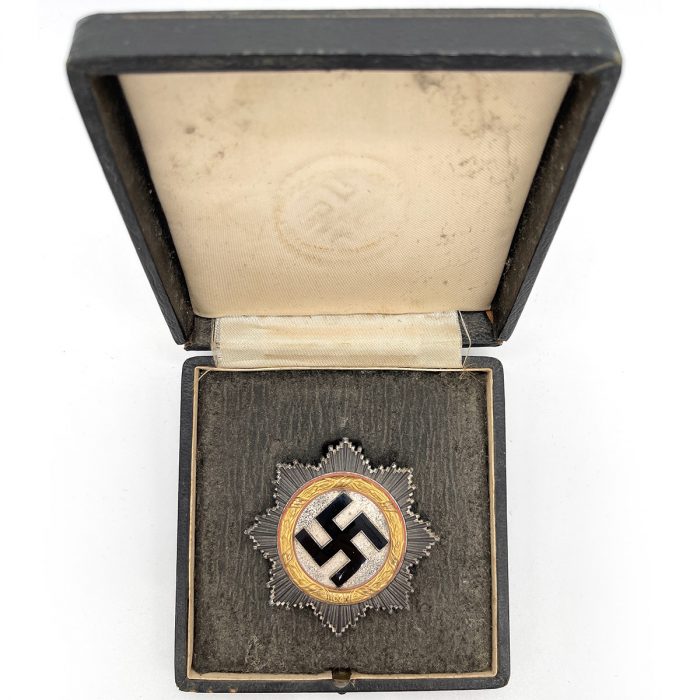 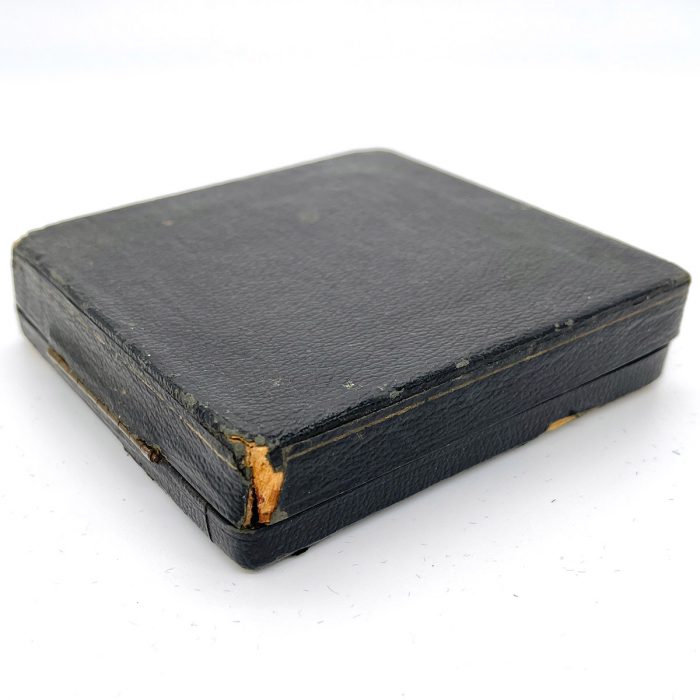 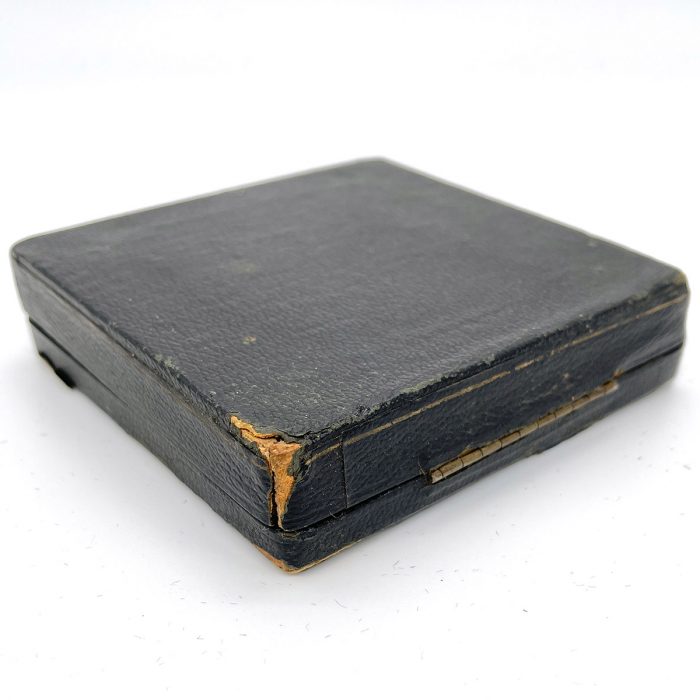 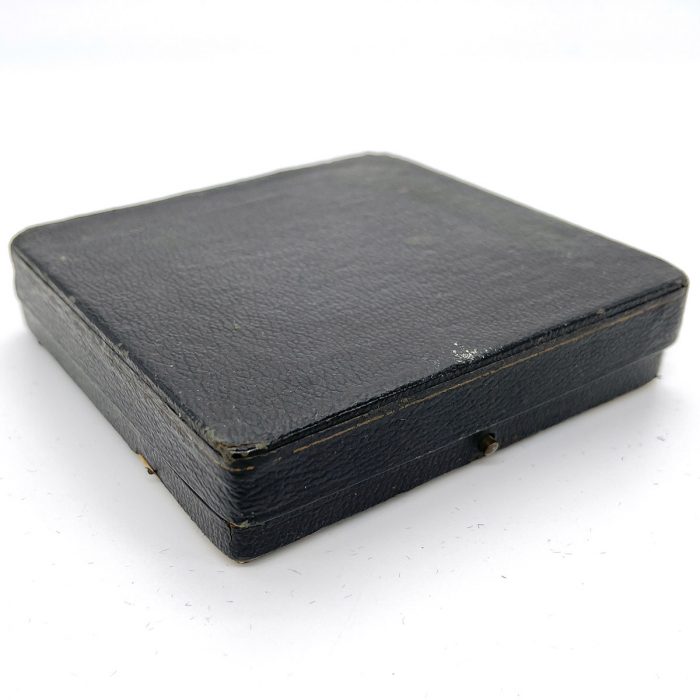 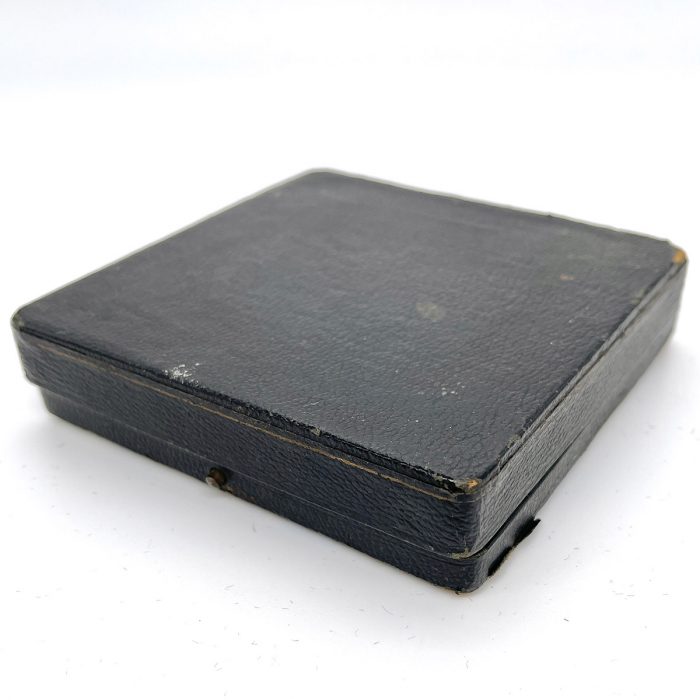 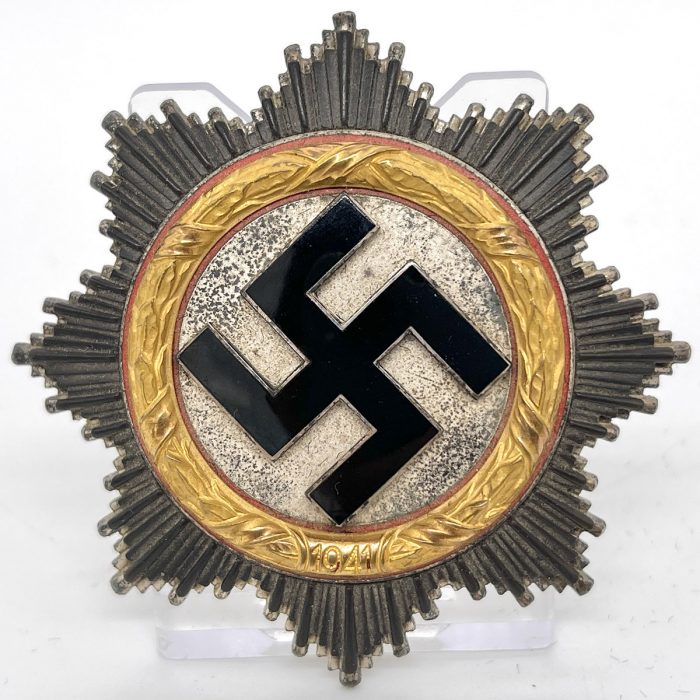 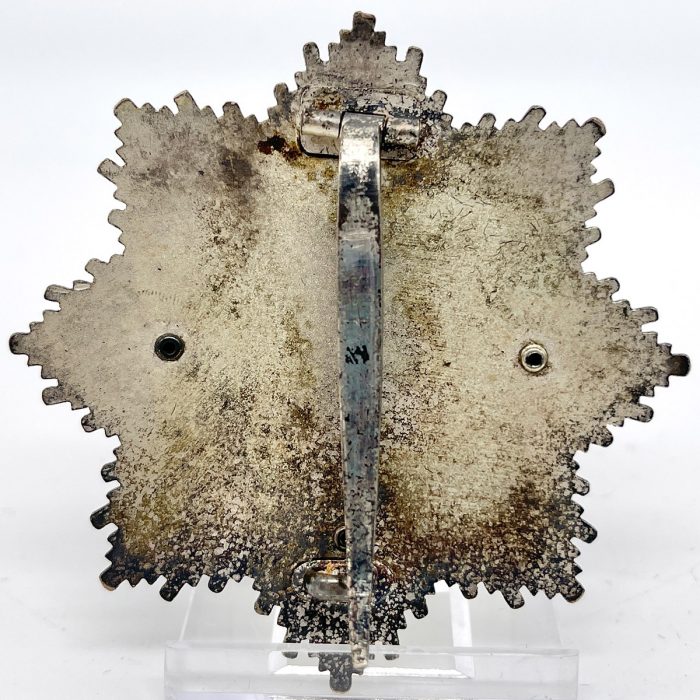 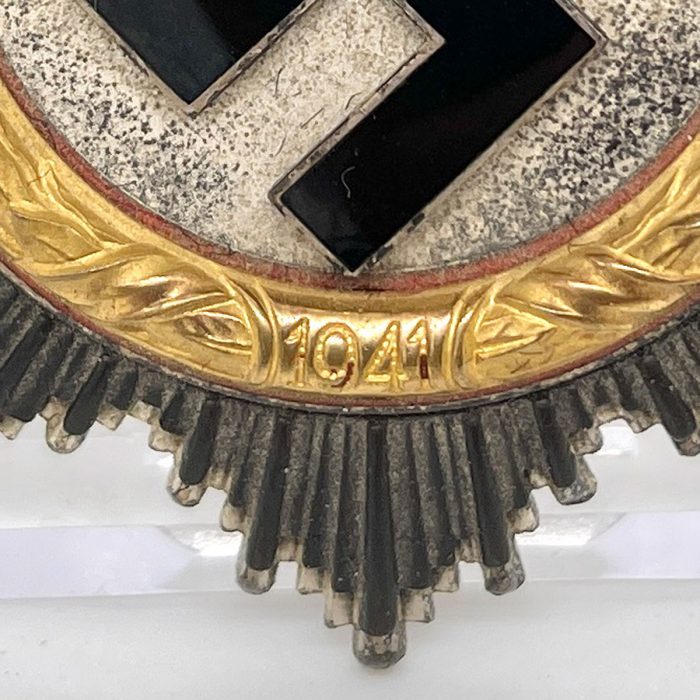 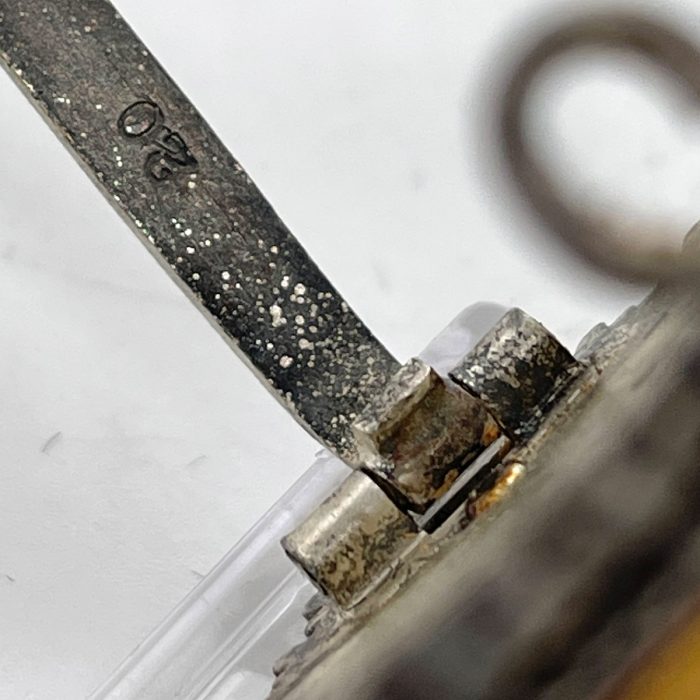 What makes this German Cross stand out from the rest is the treatment of the date (1941). Unlike later versions, this early version has tiny engraved connecting dots within the recesses of each of the numbers as you can see in the photos. There is still some mystery surrounding why these were produced in this manner, but certainly not a type seen often.

The German Cross itself shows average wear overall, with about 30% of the silver/white background behind the swastika showing some oxidation (which is typical with these). The black enamel 100% behind the swastika is 100%. The 11 o’clock die flaw is present and visible in the photos.

The case shows a bit more wear, with some of the corners split and the leatherette paper veneer missing in those areas. Some careful repair work can easily make this less obvious.

Overall this is a highly desirable, collectible and rare German Cross in Gold, one that only surfaces every so often.