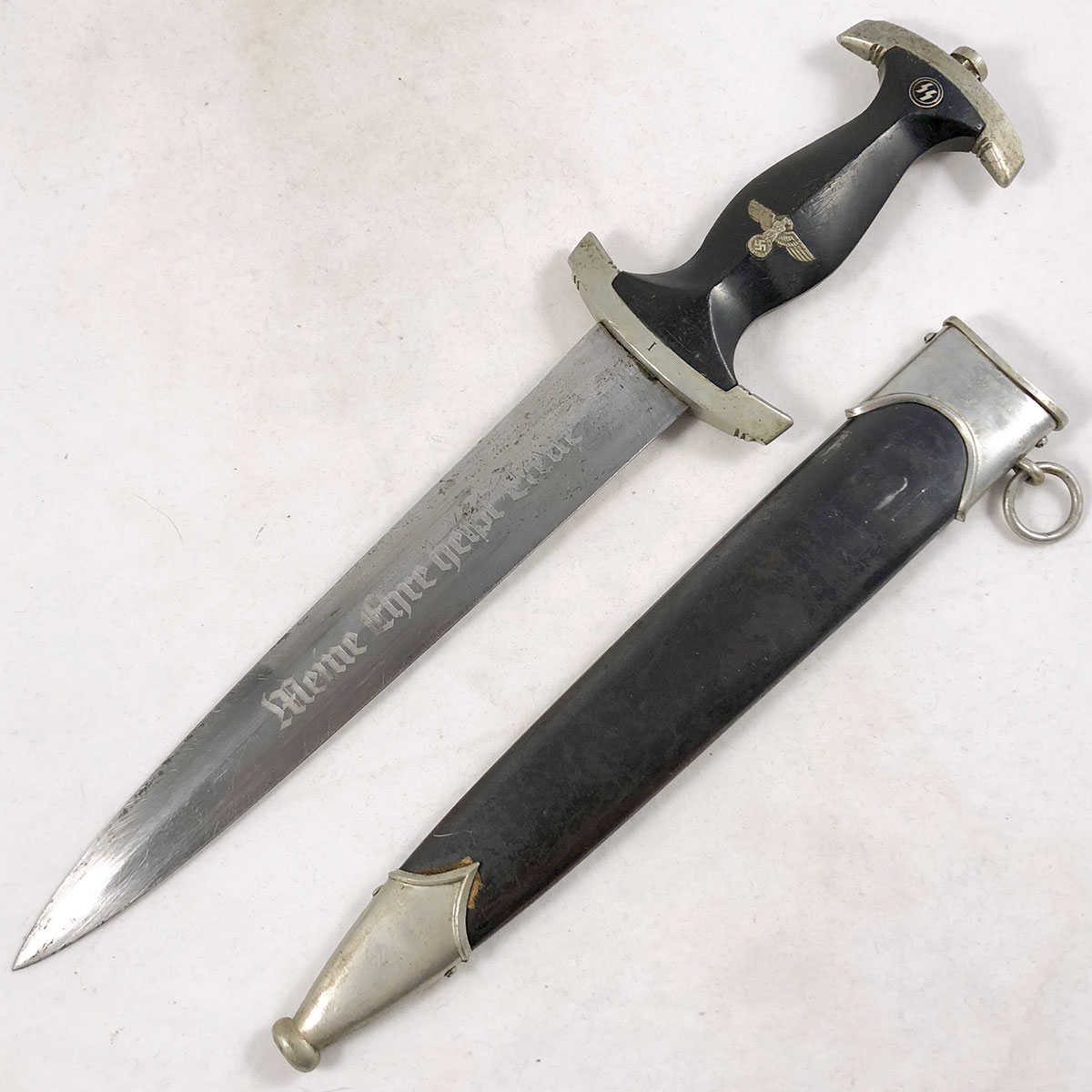 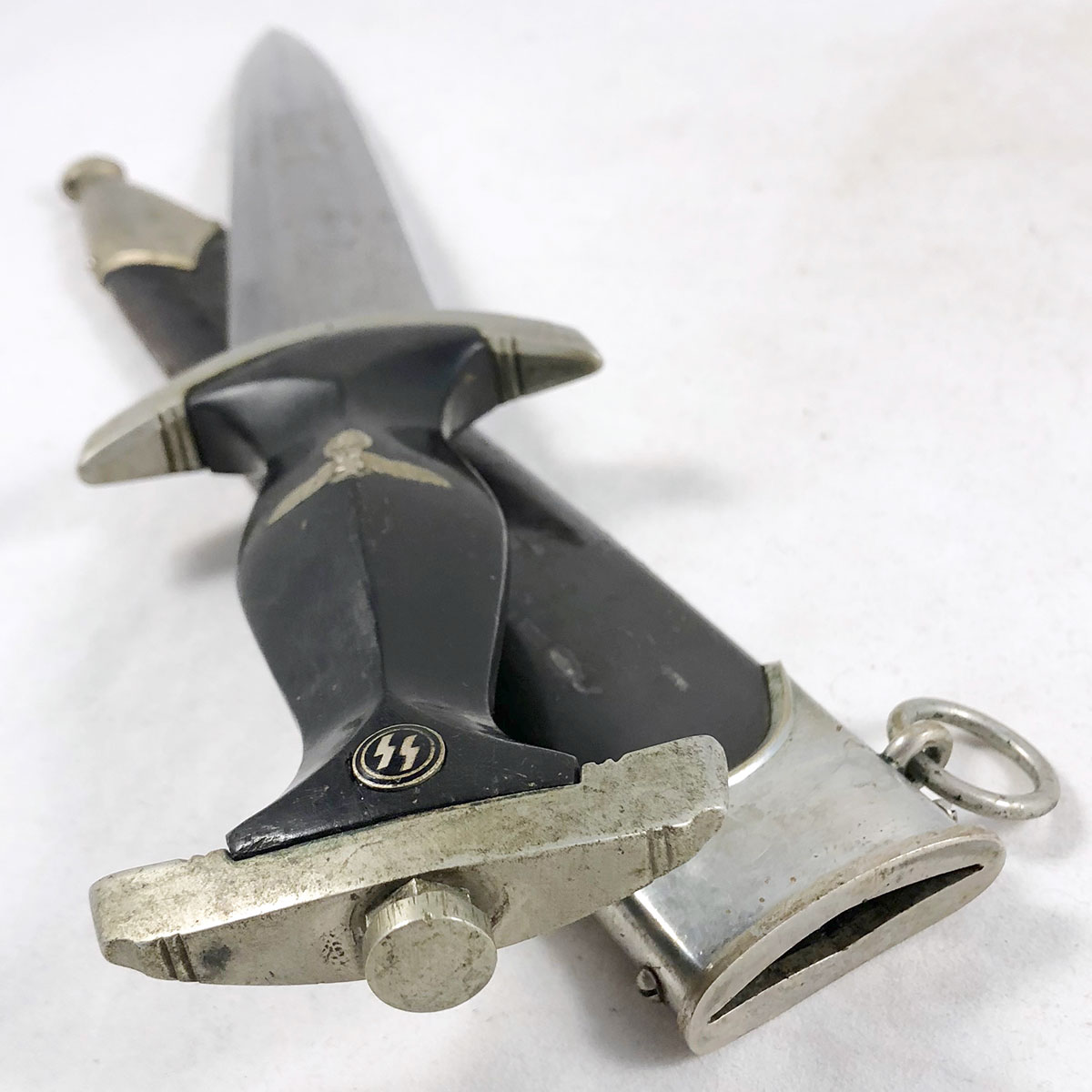 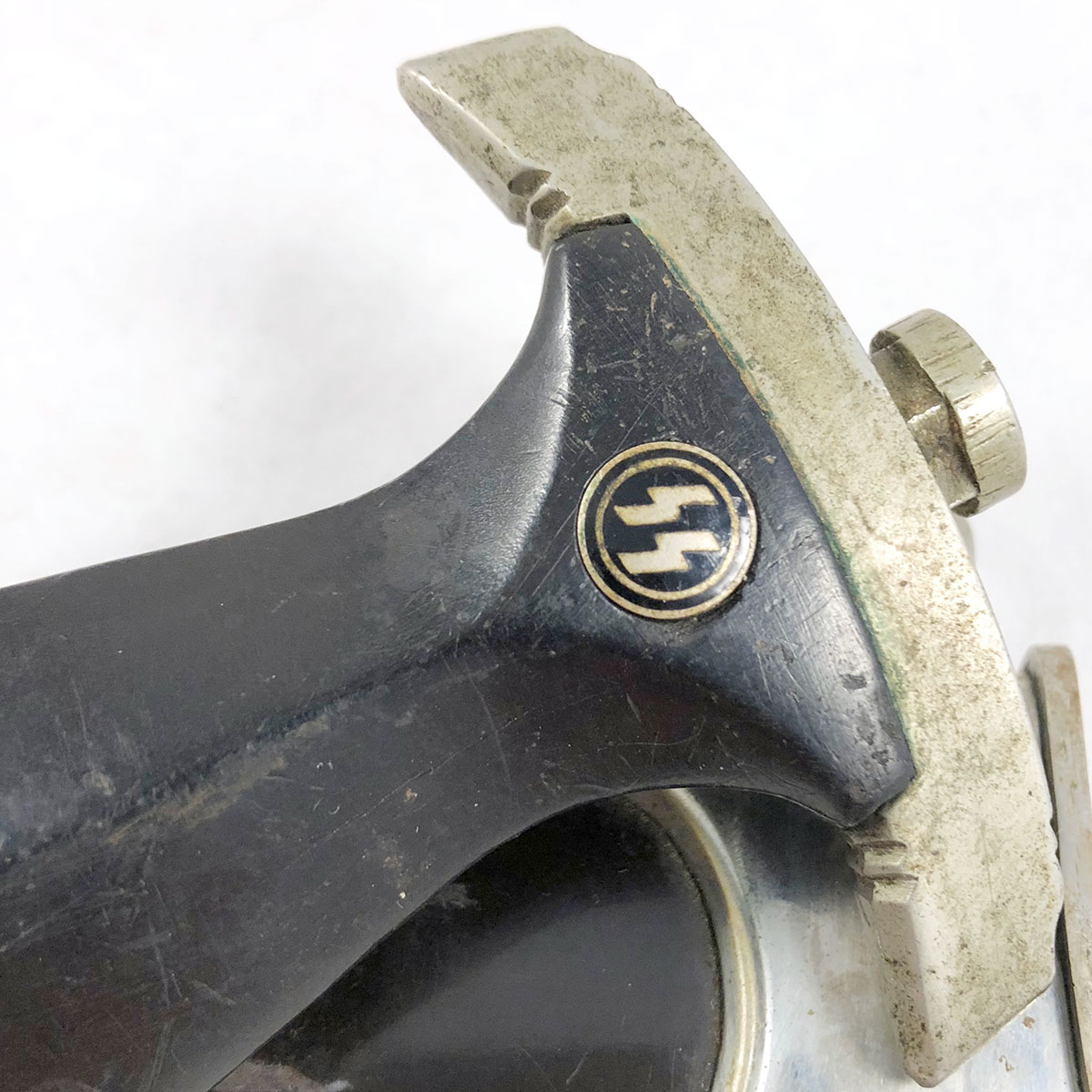 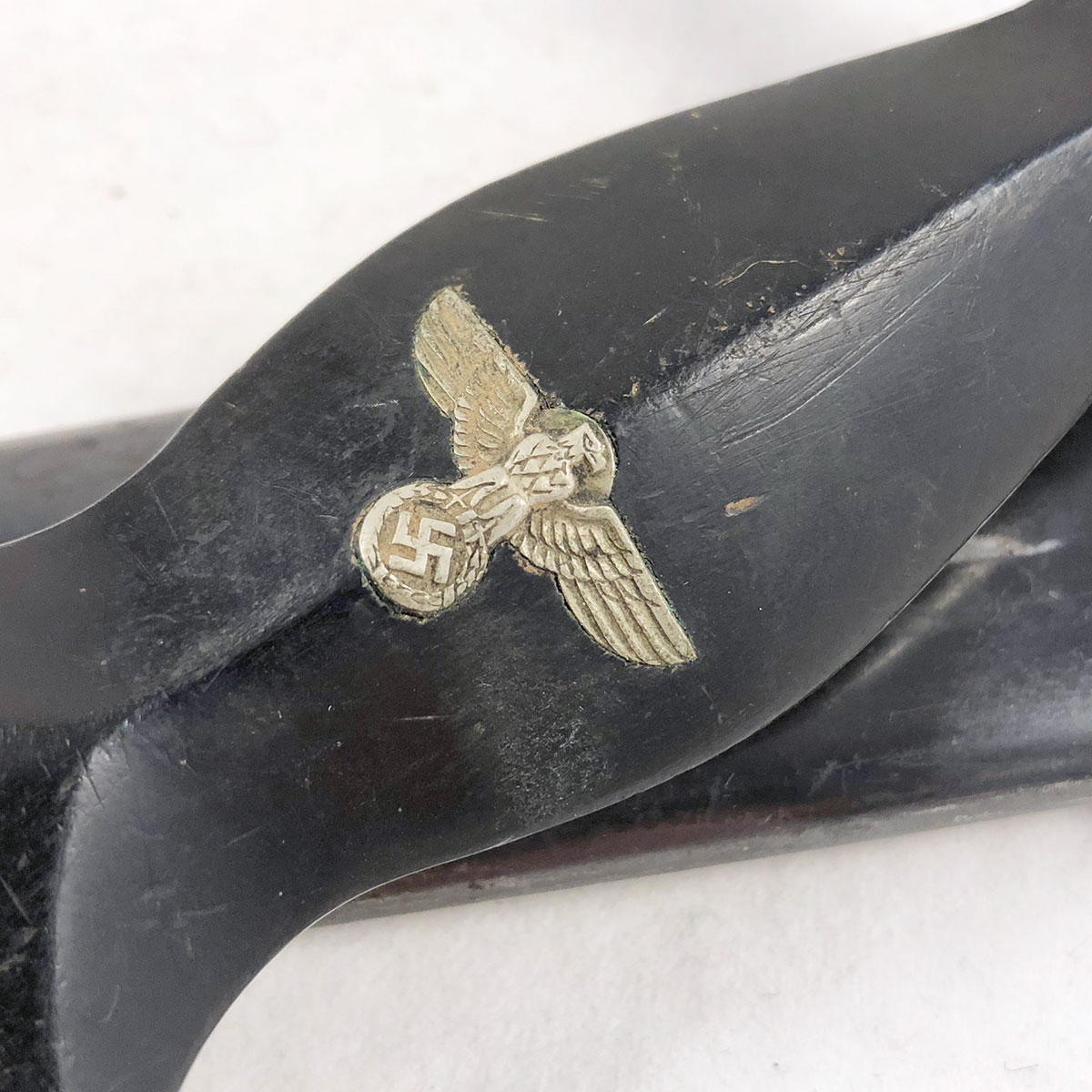 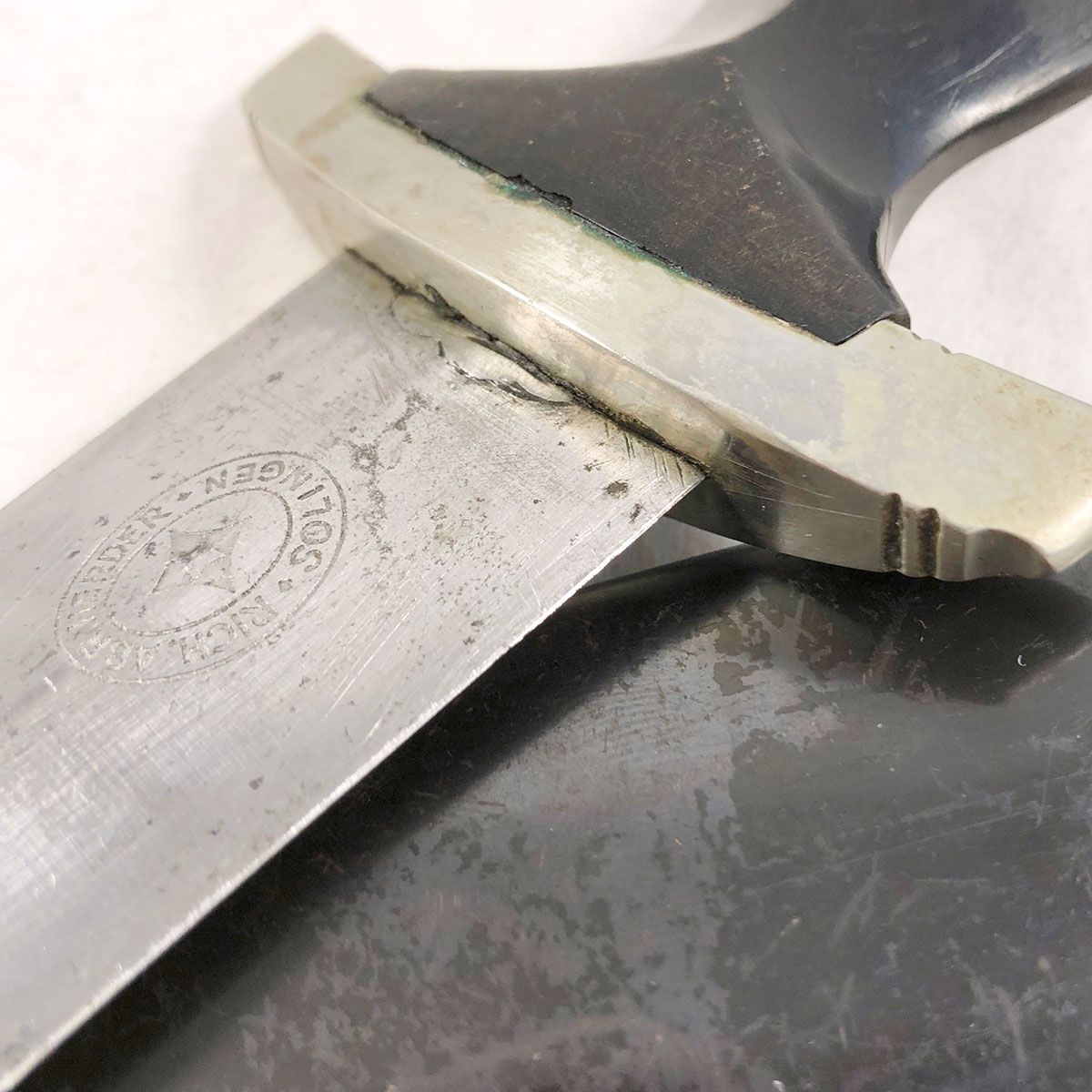 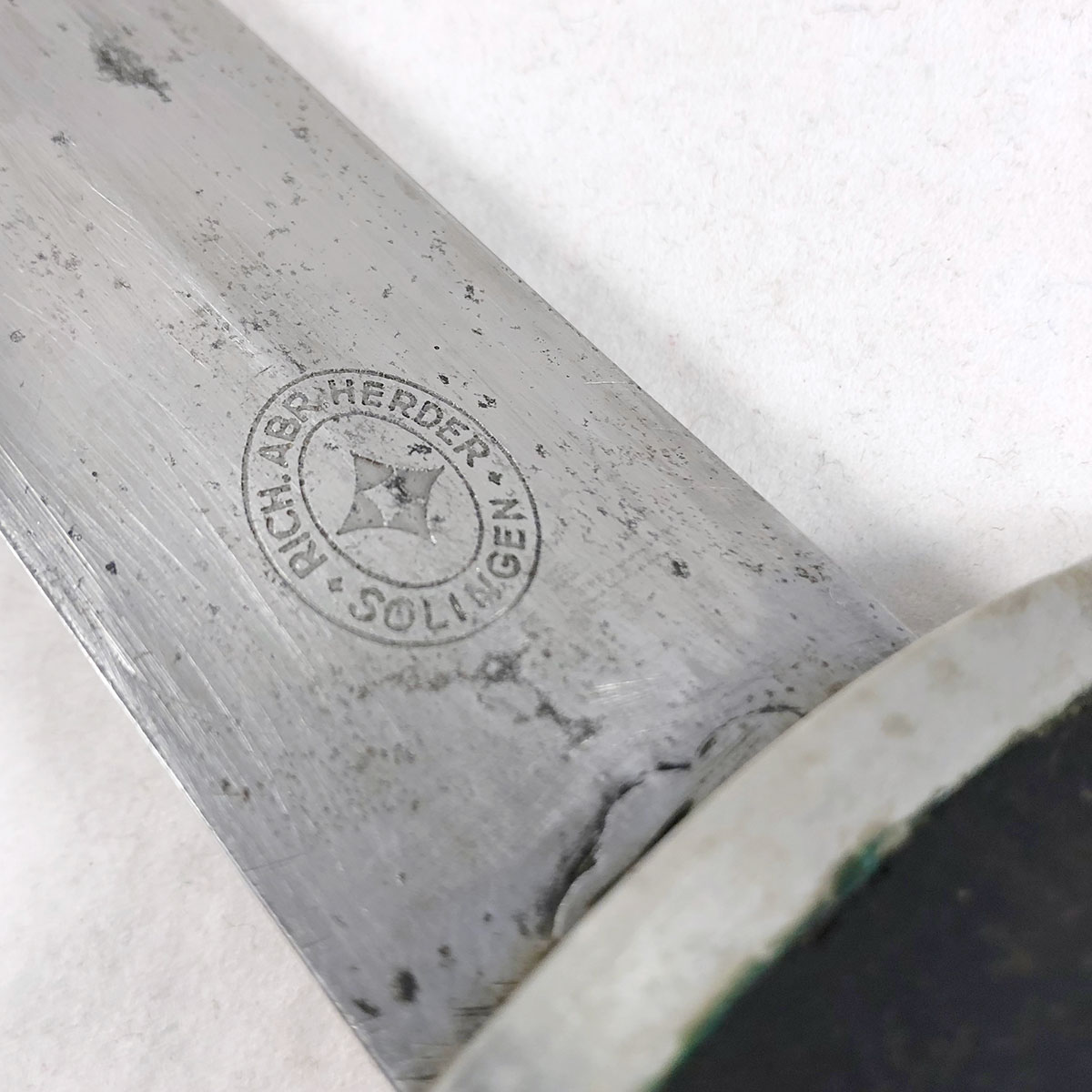 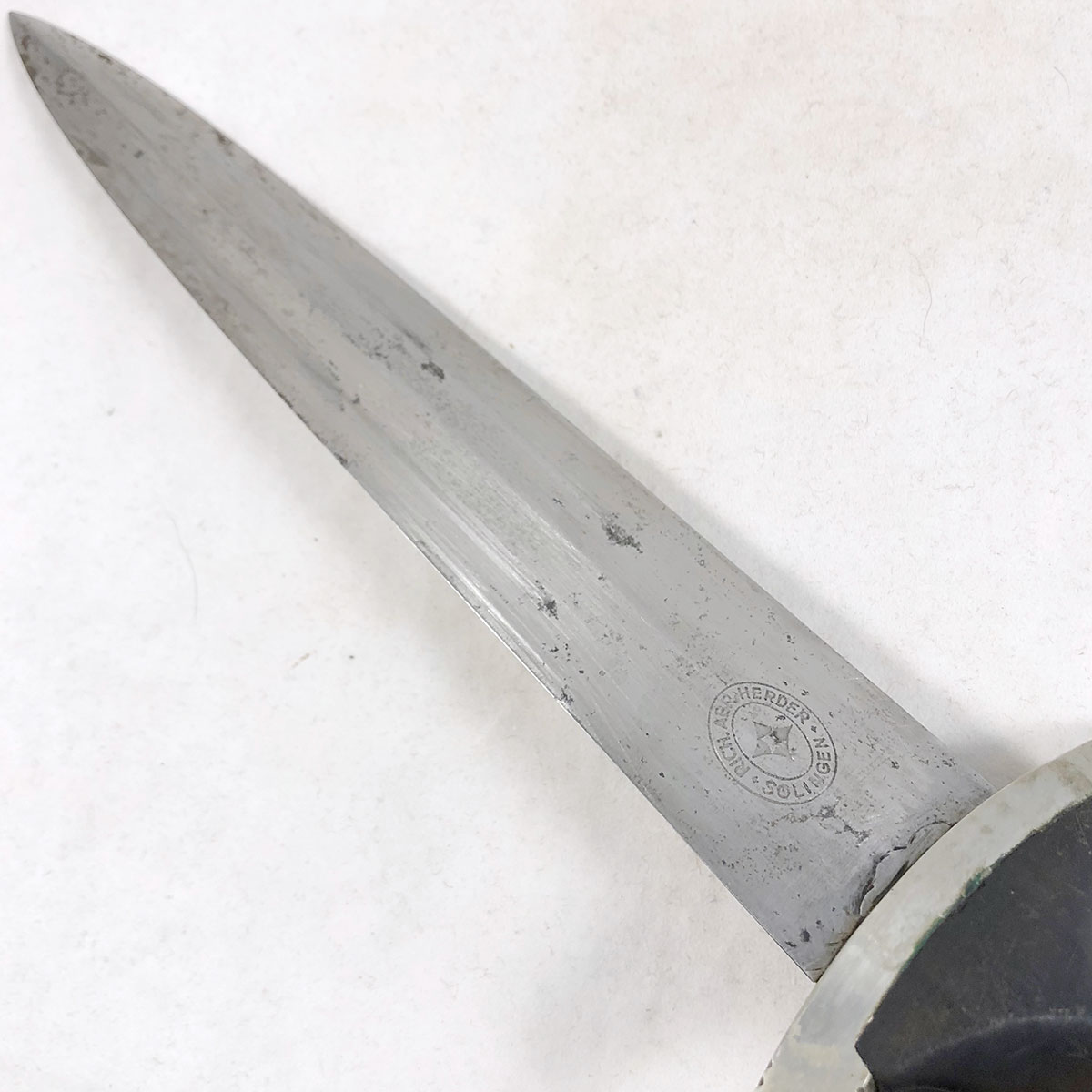 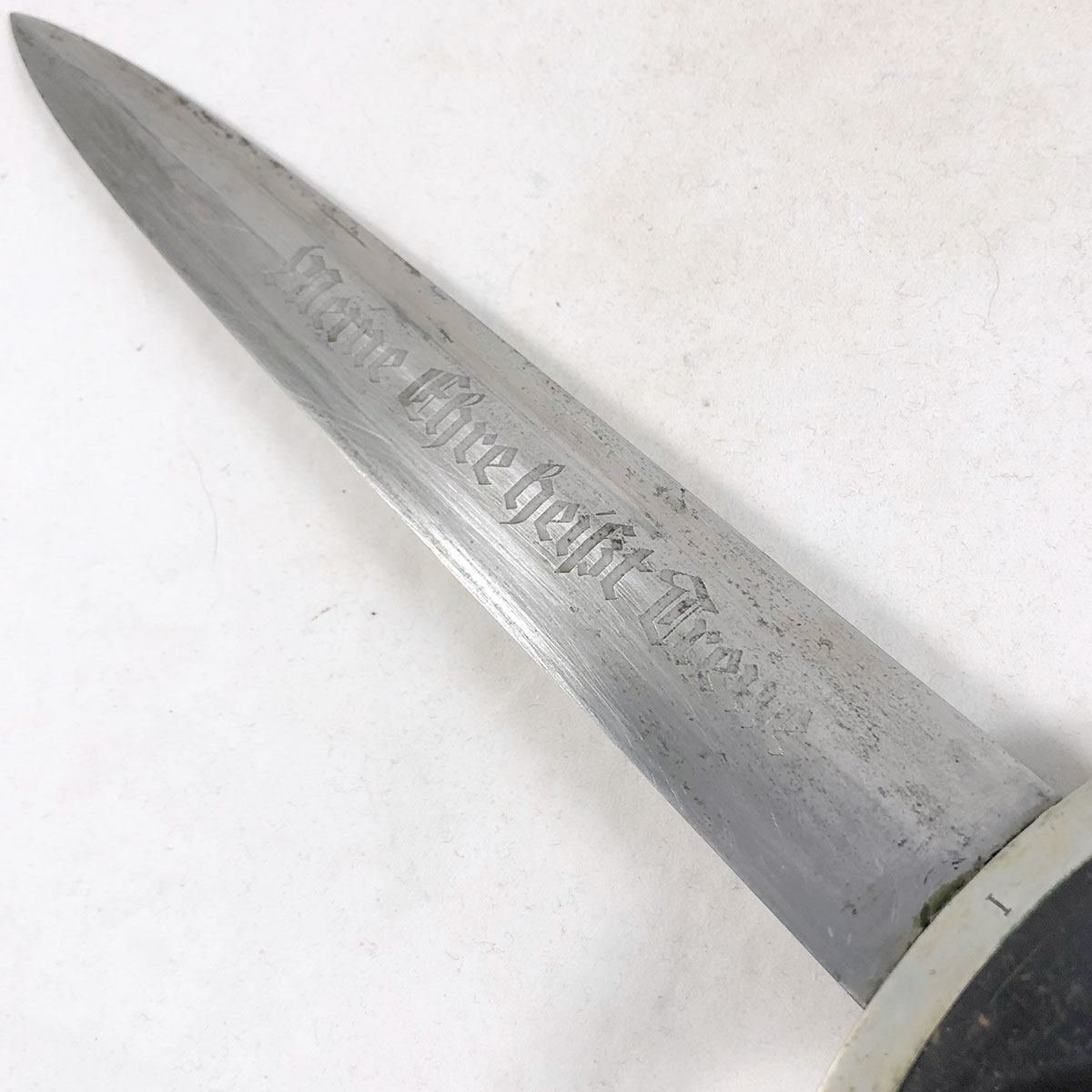 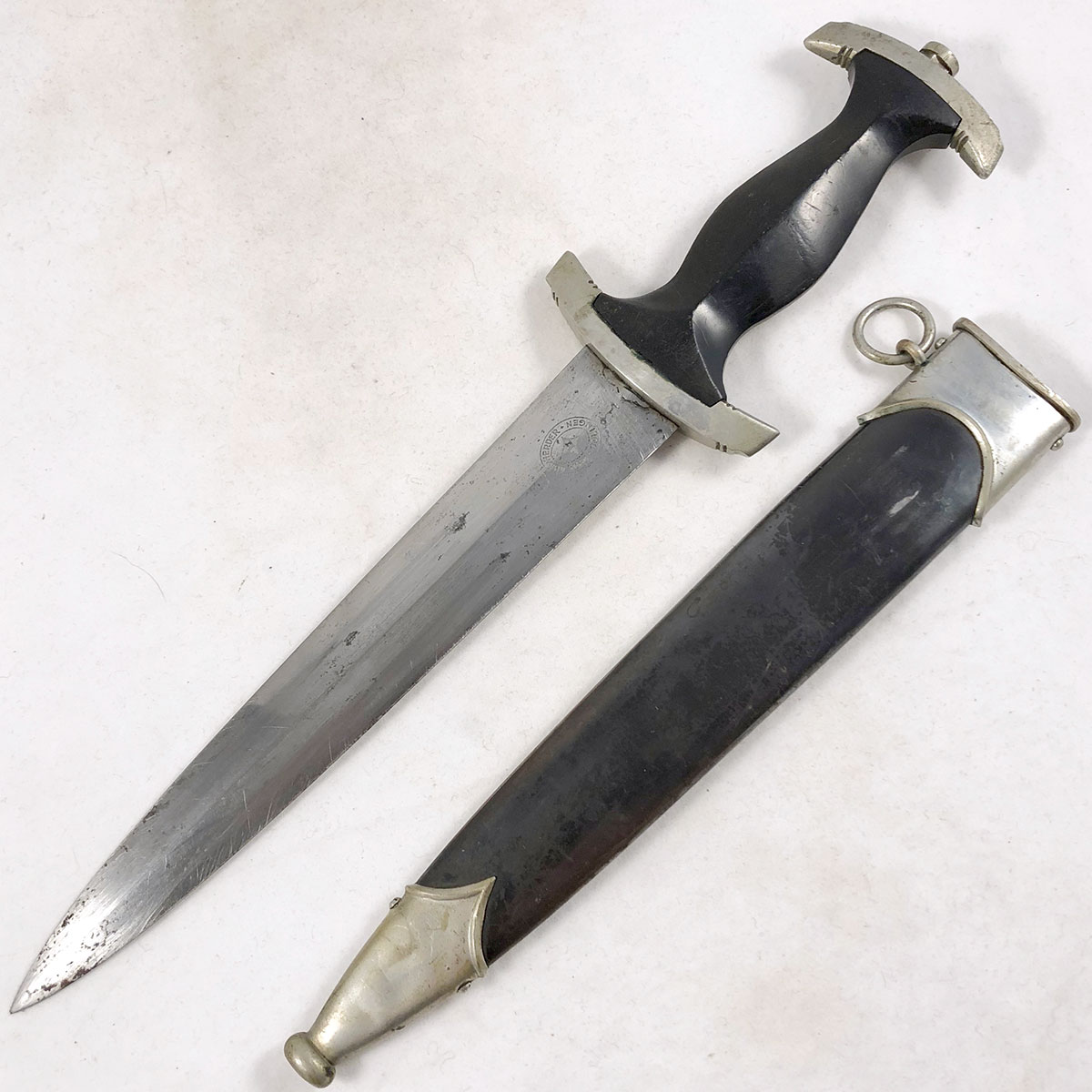 Here’s a nice, uncleaned SS Dagger by the highly desired maker, Richard Abr. Herder. This dagger has a lot to offer for a very low price! The decades of dirt and patina still present throughout make this dagger

This dagger has a lot to offer for a very low price! The decades of dirt and patina still present throughout make this dagger a great display piece! The deep black grip shows normal dings and scratches from use and a hairline crack extending from the upper guard near the right of the SS roundel. It’s only visible if you look closely (if we didn’t mention it here you likely would not have noticed it). The only other notable “issue” we can see is that the roundel may have been replaced at some point in this SS dagger’s lifetime. We say this because there is a very small chip on the right side of the roundel where it is possible someone attempted to pry out the roundel (this may also be what resulted in the hairline crack). The roundel itself is firmly seated, but not completely flush with the surface of the grip.

The blade shows quite a bit of oxidation spotting from the decades of storage inside the scabbard, but no noteworthy damage otherwise. The exception being what appears to be a buildup of excess metal at the blade of the blade on the front side (see photos). We’ve seen quite a lot of strange and unusual things with daggers over the years, but this is a first. Our best guess is that since this blade was likely a former Rohm SS dagger, when it was sent back to the factory during wartime after the order came down from Hitler to grind away all Rohm inscriptions from these daggers, this is leftover from whatever process they used to accomplish this (i.e. welding the blade to a surface for grinding). This, of course, is pure speculation.

The anodized scabbard is in very nice shape, with marks on the body that would imply there was (at one time) a vertical hanger attached. The tip fitting is a bit loose, and the screws a bit gnarled, suggesting that someone attempted to tighten that fitting at some point. As many collectors know about these daggers, great care must be taken with these screws when trying to tighten or loosen them as they strip easily.

If you’re looking for a nice SS dagger that displays well, for a price that cannot be beat, this is the one for you! Price has been adjusted to account for the possibility of the SS roundel having been replaced (or at least a removal attempted at some point in time), the hairline crack in the grip that will likely never expand beyond where it is now, and the loose scabbard tip fittings. These are all fairly trivial things, but things that the buyer will benefit from in this low price!