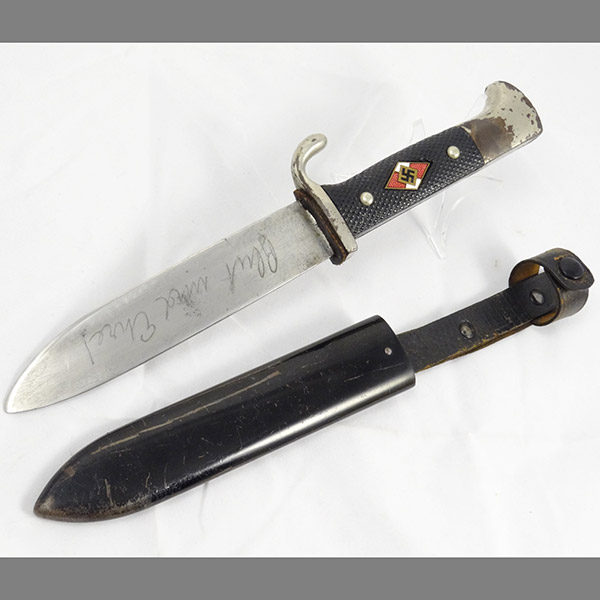 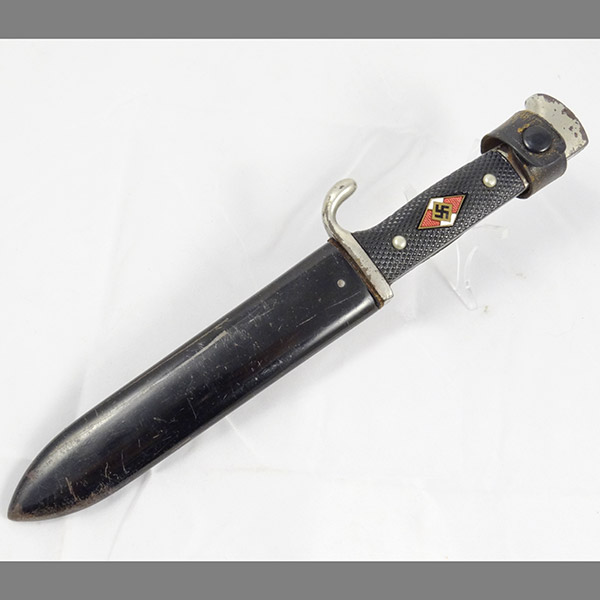 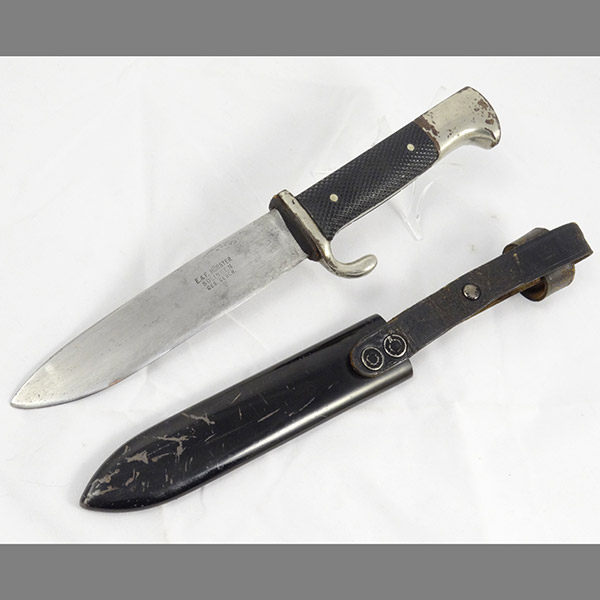 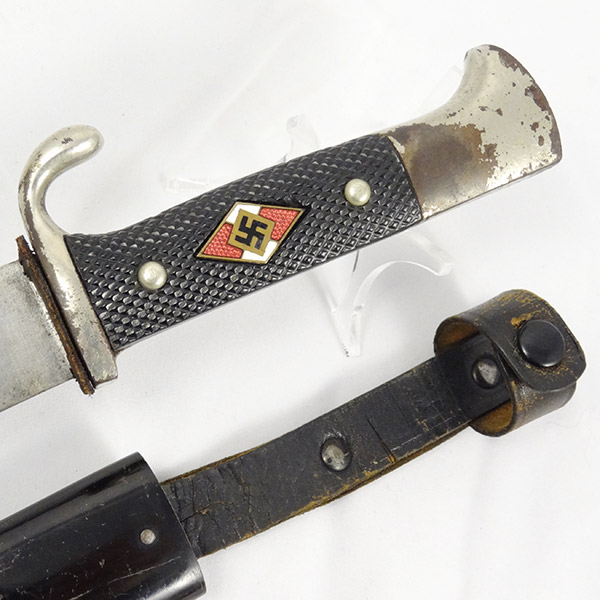 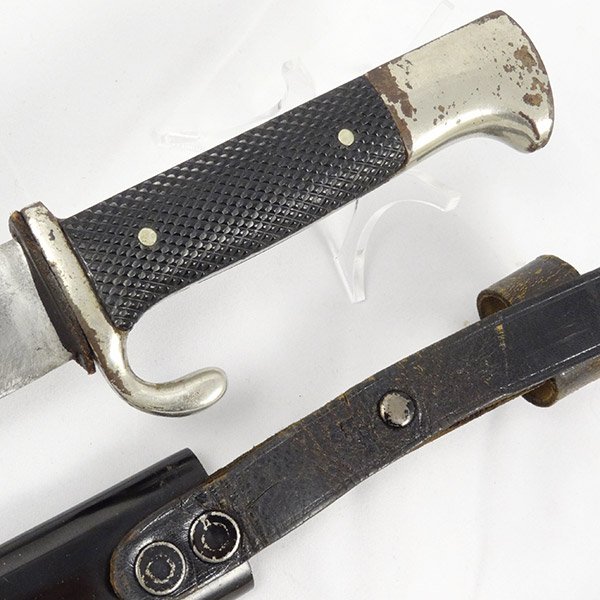 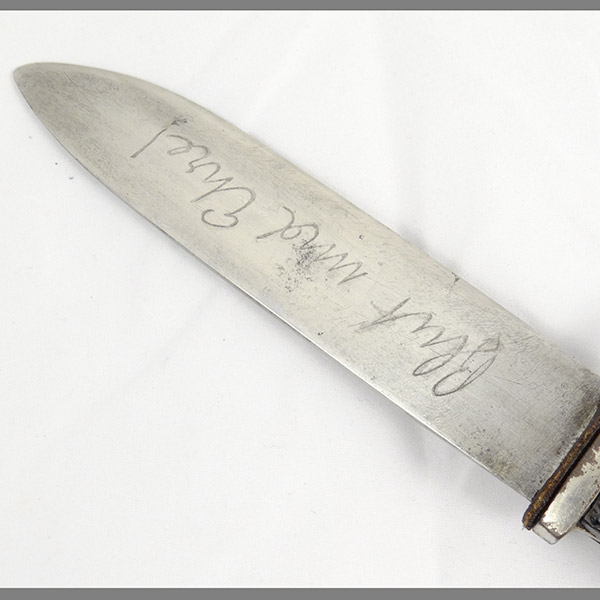 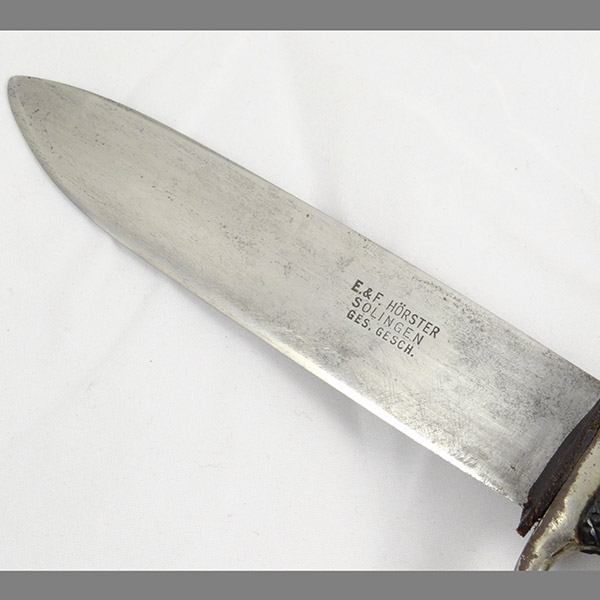 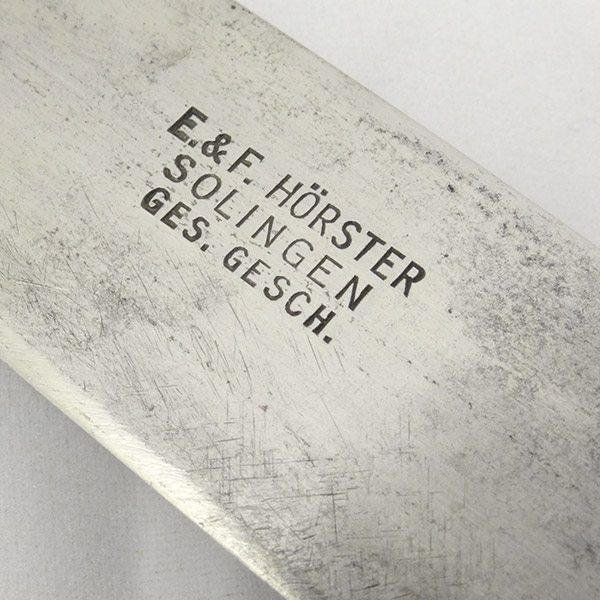 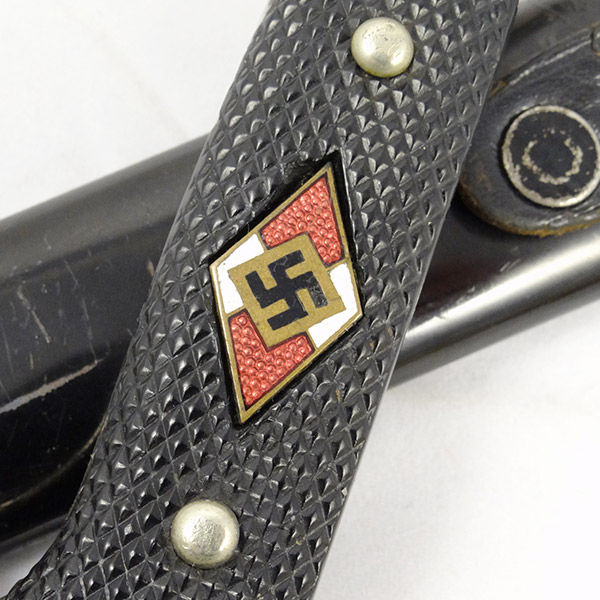 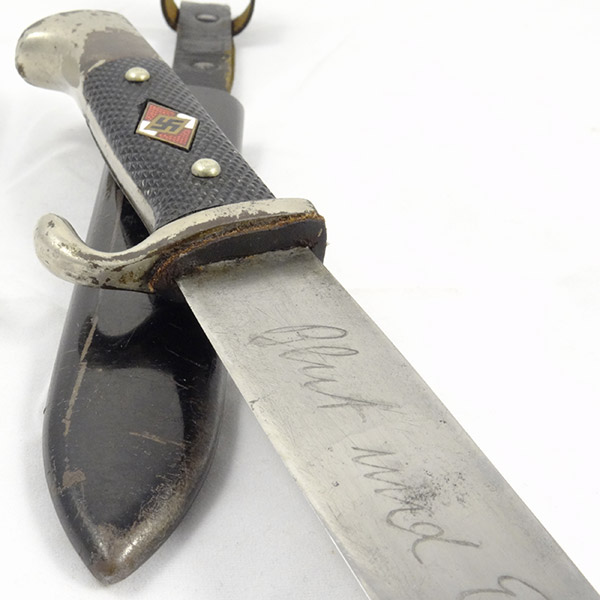 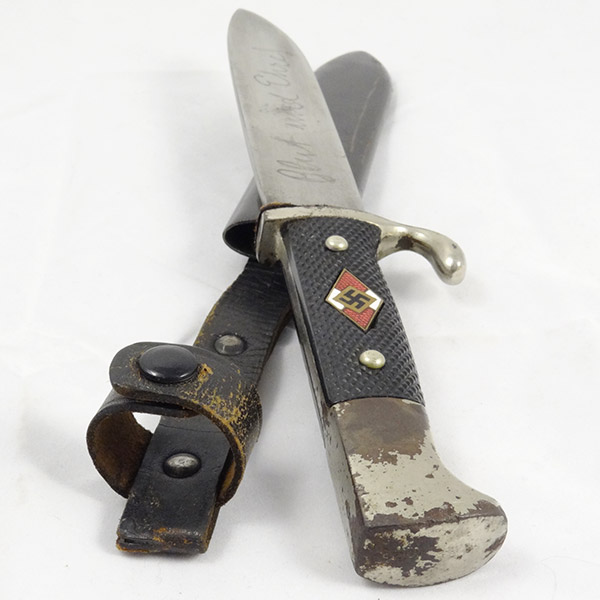 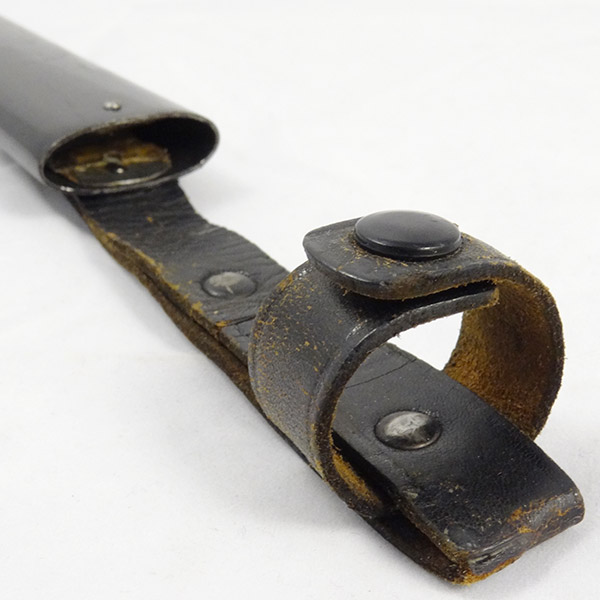 Here’s a hard to find maker of Hitler Youth knives, and a real desirable one in terms of honest use wear as well! Try finding another one of these early HJ knives by maker E & F Hörster, and with the motto, “Blut und Ehre!”, so remarkably visible.

Here’s a hard to find maker of Hitler Youth knives, and a real desirable one in terms of honest use wear as well! Try finding another one of these early HJ knives by maker E & F Hörster, and with the motto, “Blut und Ehre!”, so remarkably visible.

The pair of grip plates are without major flaws, including no cracks, but there is what appears to be a very small chip (less than 1/8 inch) along the upper left-hand quadrant of the diamond emblem. The Hitler Youth diamond emblem shows some scratches that can be seen under the right lighting angle, and the clear surface enamel is missing from 1/2 of one of the Swastika arms, but as you can see in the photos this does not take away from the dagger one bit!

The plated metal shows moderate wear, with about 30% of the plating having been worn away from use, most significantly in the area on the front side of the knife where the snap strap closes over the top of the handle and rubs against the plating.

The blade is just breathtaking! The overall condition of the blade, while showing some of the wear that we expect to see with these HJ knives, is quite remarkable. There are no nicks along the length of the blade’s edge, and the motto is still very visible on the blade’s surface. It is rare to see the motto on these knives at all since they were so heavily abused during the WW2 period. As well, on the reverse we see the maker’s mark, “E.&F. HORSTER SOLINGEN” as visible as the day the knife was issued, with a nice deep black tone.

The scabbard has managed to retain more than 95% of its original black paint, and with an unusually minimal amount of scratches when compared to your typical HJ knife, and no dents whatsoever. The leather strap and snap are all very well preserved and still very flexible and strong.