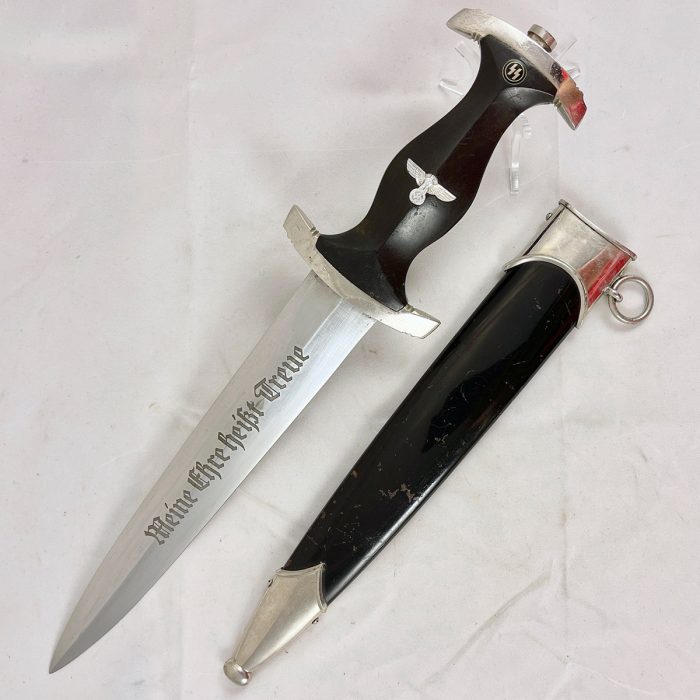 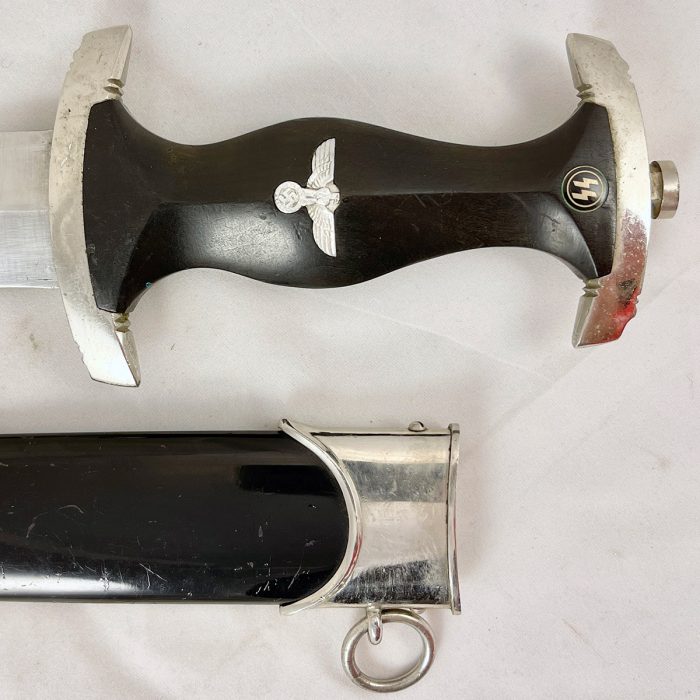 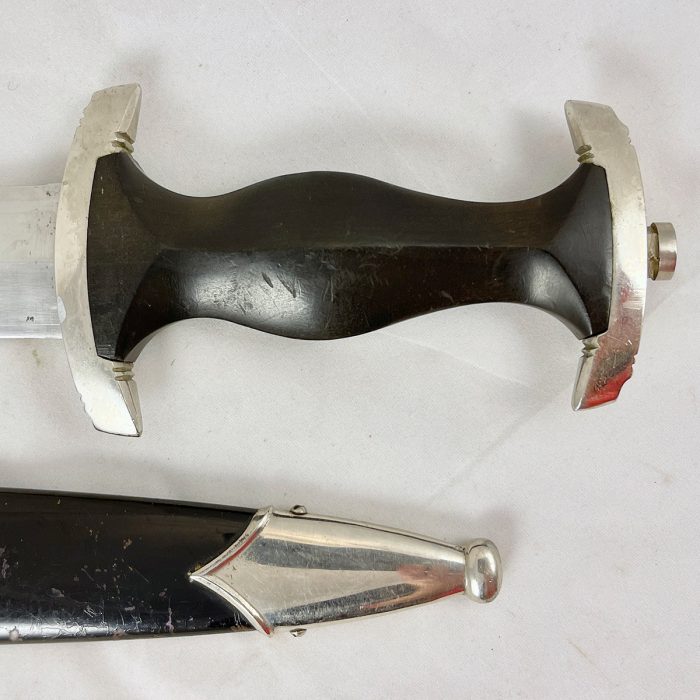 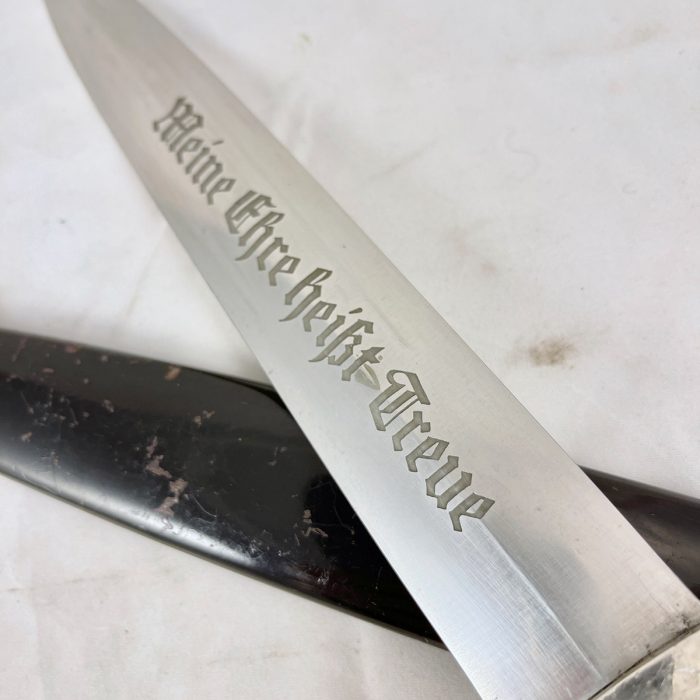 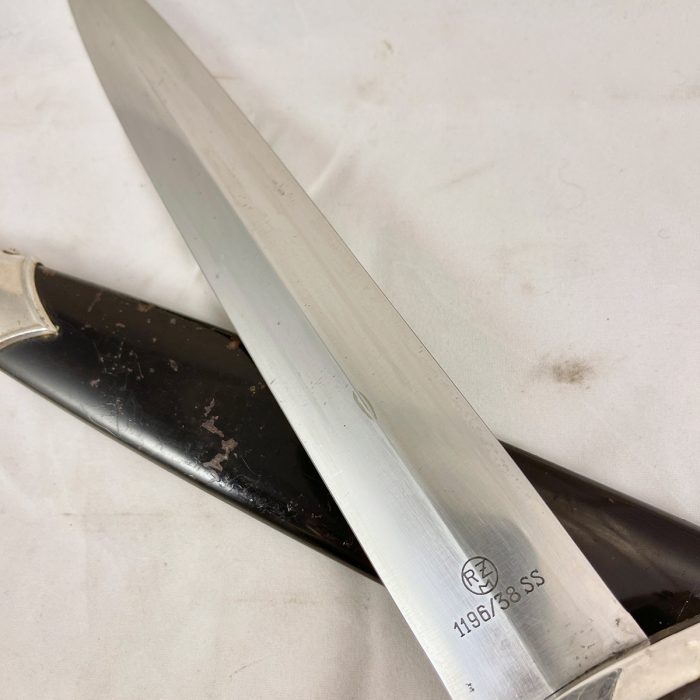 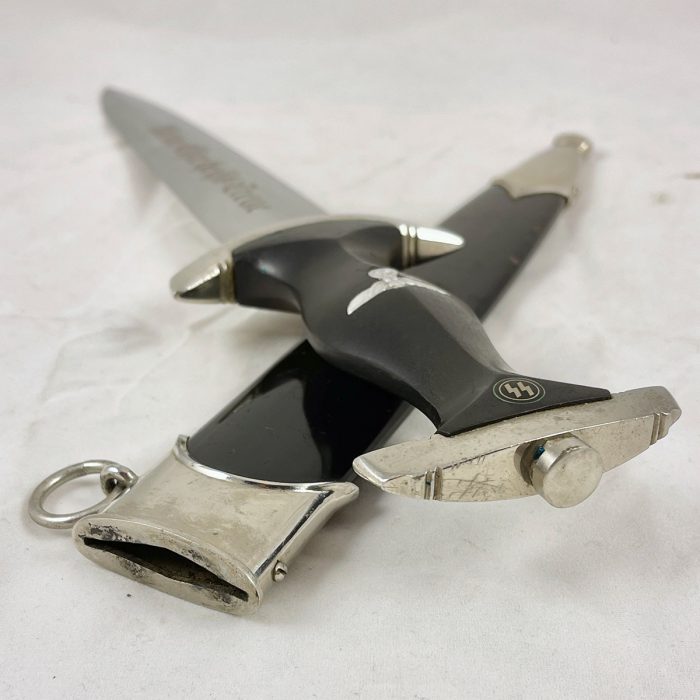 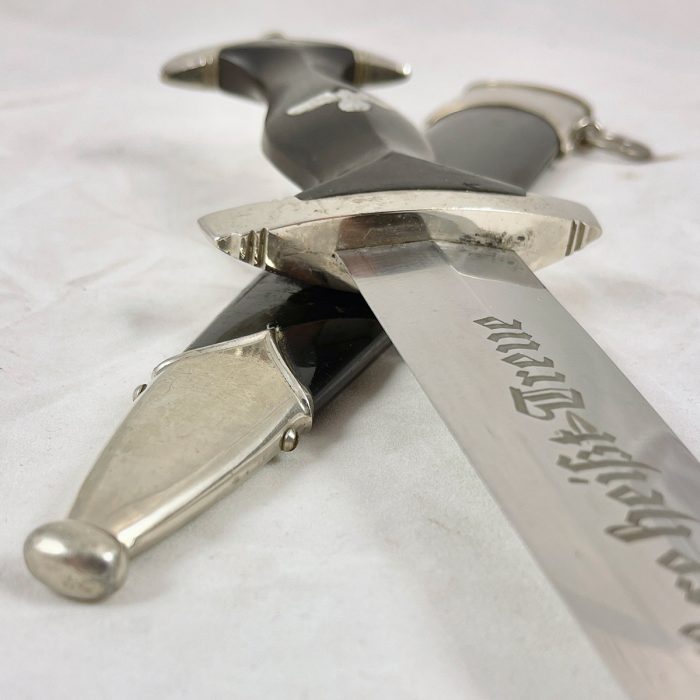 Here’s an exceptional example of a late war RZM 1196/38 SS dagger, known to be attributed to the maker Ed Wusthof.

Here’s an exceptional example of a late war RZM 1196/38 SS dagger, known to be attributed to the maker Ed Wusthof.

The grip is a nice deep black with few scratches and no cracks or chips. The aluminum eagle is in great shape, with most all of it’s original factory detail still in tact. The SS roundel is crisp with detail, showing no damage and the typical green verdigris on some of the outer edges. Upper and lower nickel plated guards have aged very well, showing no lifting of the plating that we generally see in many of these late war SS Daggers. The fit of the wood to the guards is nice and tight, which is what we like to see.

The painted scabbards is correct for the period, showing some chipping and general wear, but nothing unusual. The nickel plated fittings match the dagger, with no notable heavy scratching or dents; a very nice scabbard all around!

The blade is extremely nice, with a very crisp and deep gray toned motto and maker’s mark, and almost no oxidation spotting at all! There does appear to be some light touch up that’s been done to the blade at some point in it’s life, but not deep enough to have disturbed the cross grain; the grain is still very prominent. If anything the blade has been enhanced by the work.