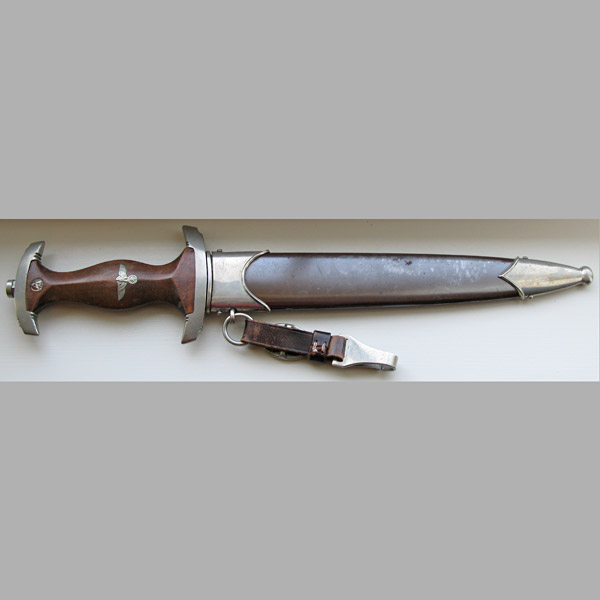 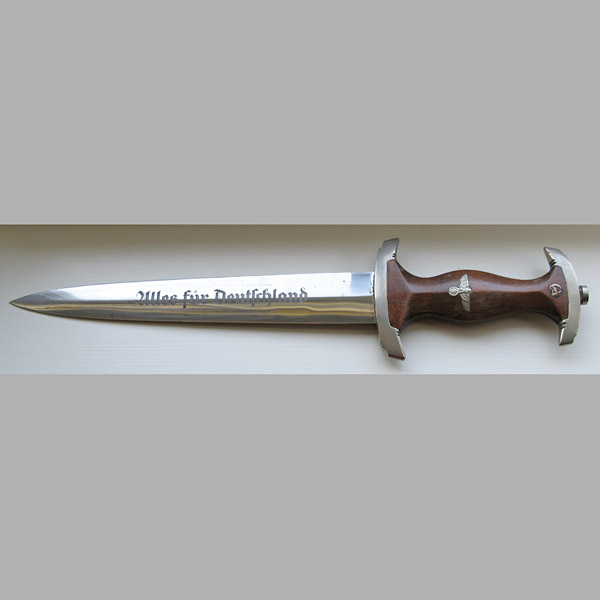 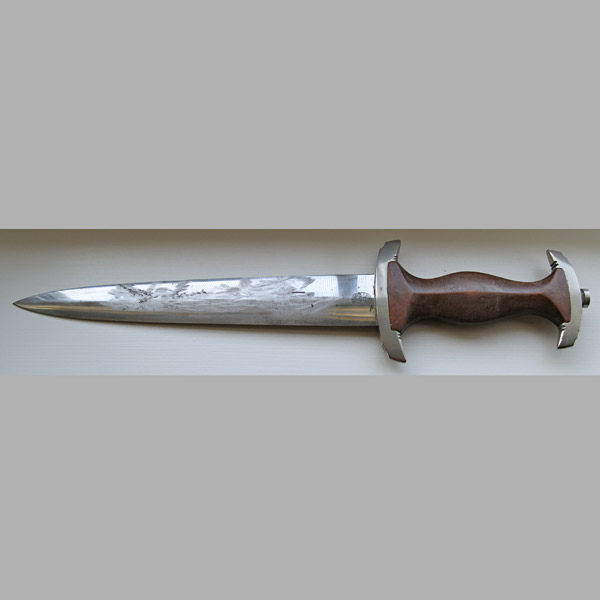 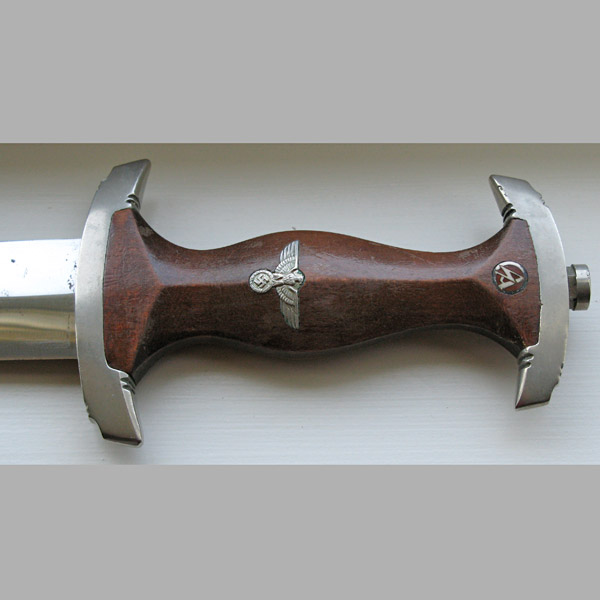 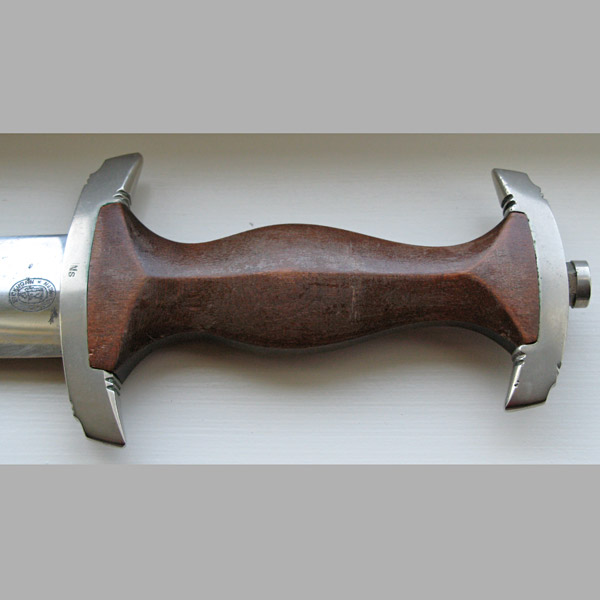 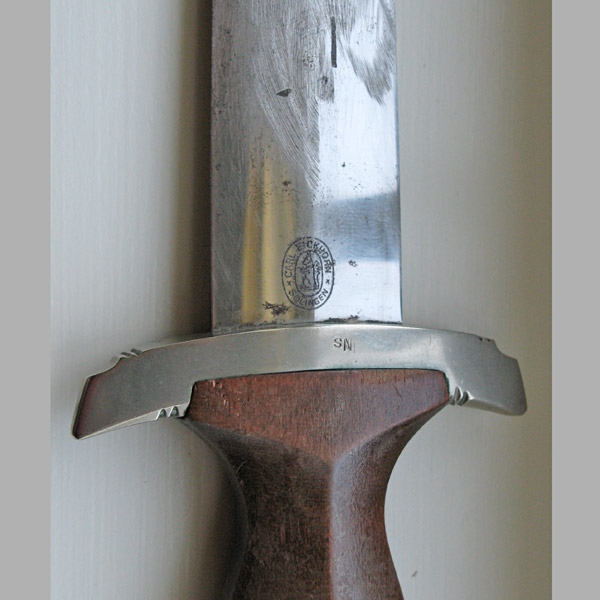 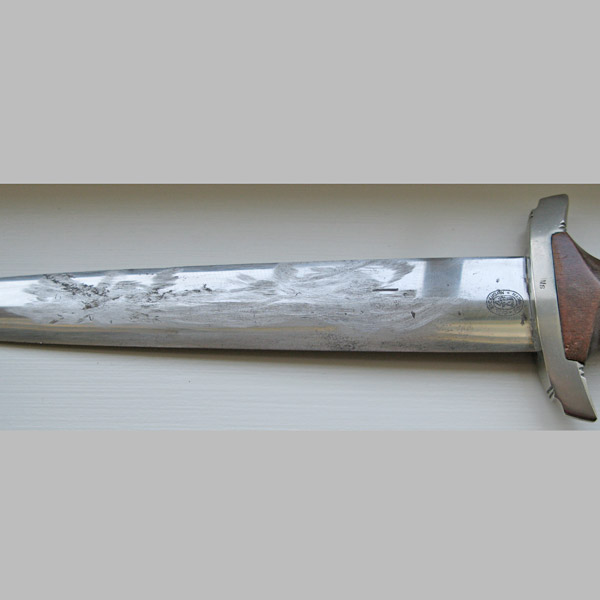 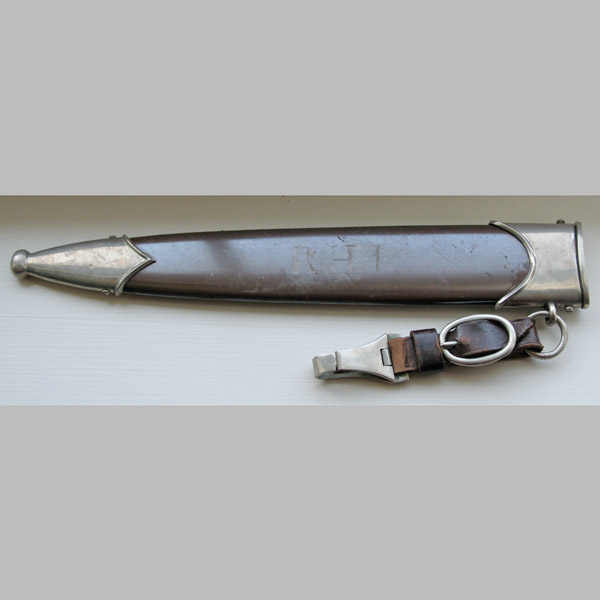 A very nice “field ground” Rohm SA Dagger by Eickorn. In 1934, Ernst Rohm was executed on Hitler’s orders, and all inscriptions on these daggers were ordered removed (ground away) by Hitler. There are several points of the inscription still identifiable on this one due to the crude nature of the “field grinding”…

Overall condition of this dagger is great, with average age and runner marks on the blade, but no major pitting or other marks on the blade, other than the grinding marks where the inscription used to be. The grip retains its original finish and is free of cracks and any major flaws. The eagle emblem is crisp and the SA button is only slightly discolored around 60% of the edge, which is fairly common. The Scabbard is dent-free and retains 95% of its color, with only normal use scratches to note. The original carrier of this Dagger carved his initials into the center of the scabbard, “RHJ”, which is a fairly common location.