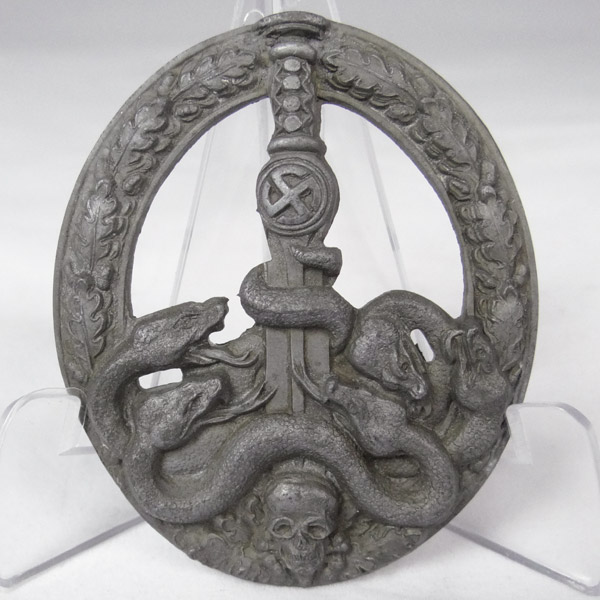 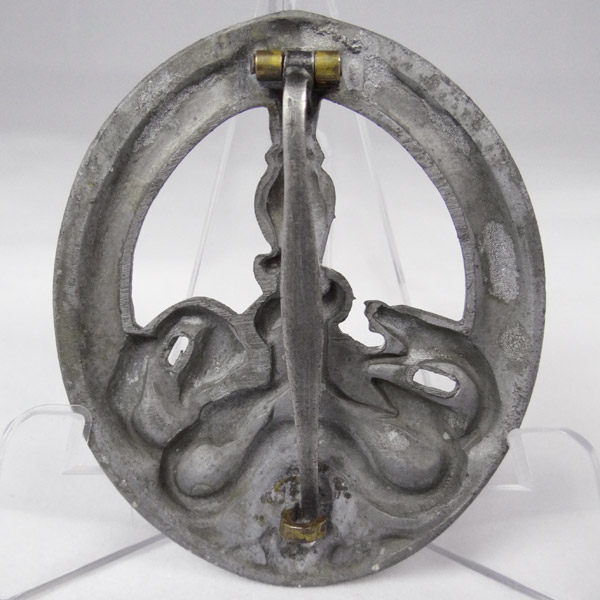 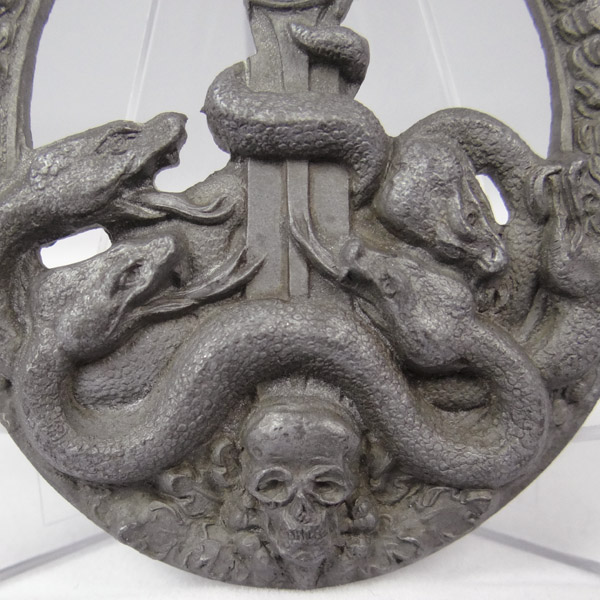 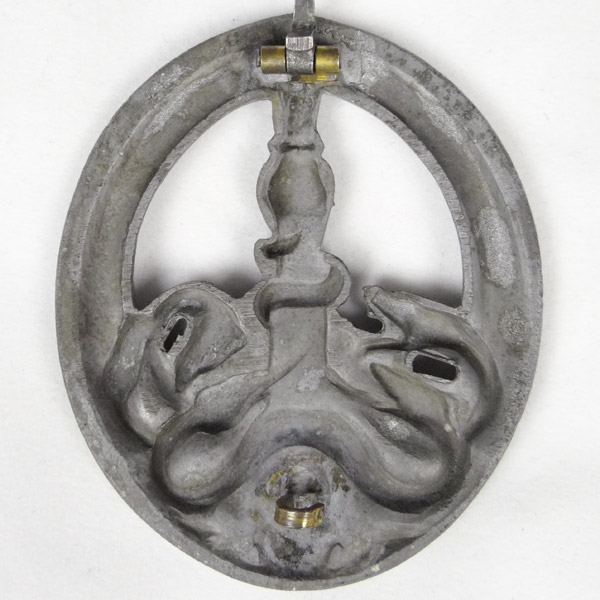 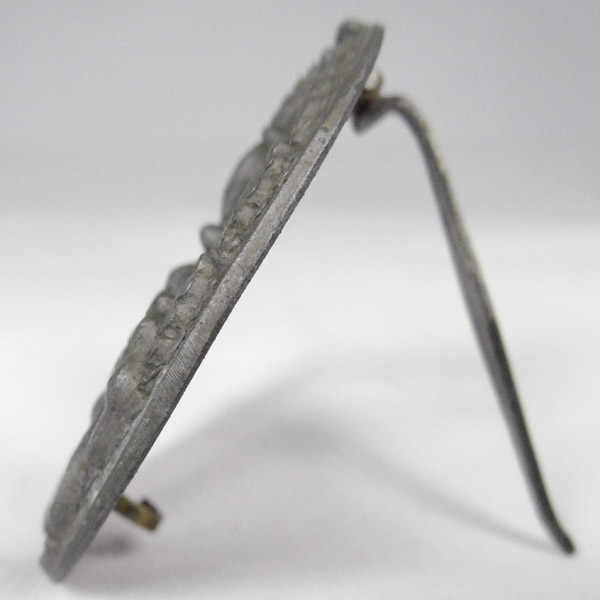 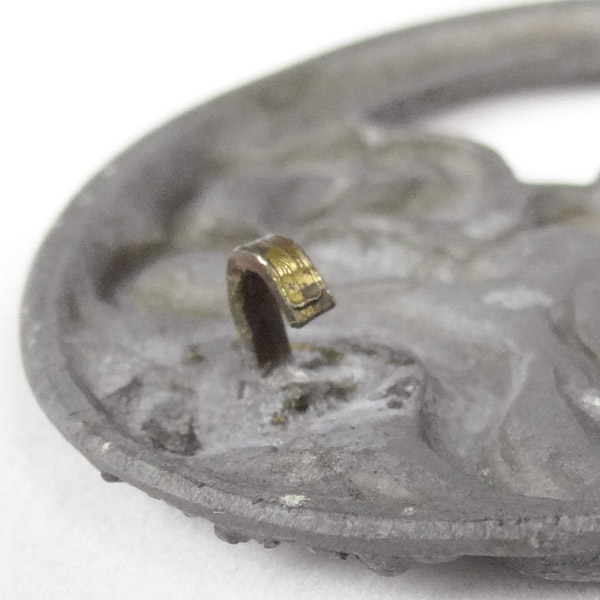 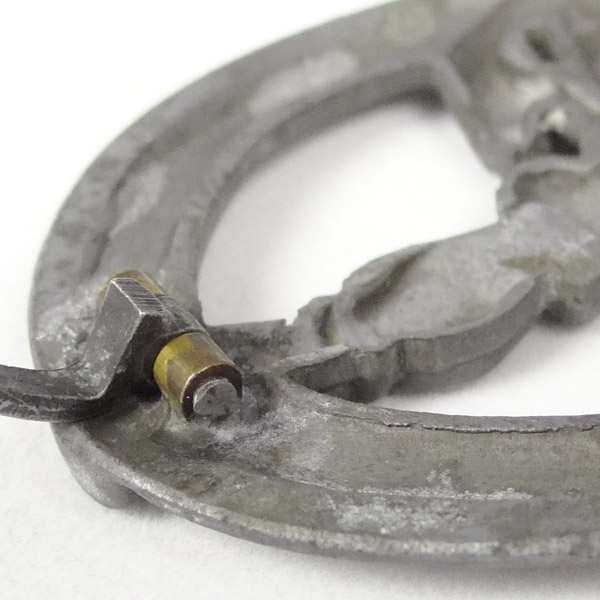 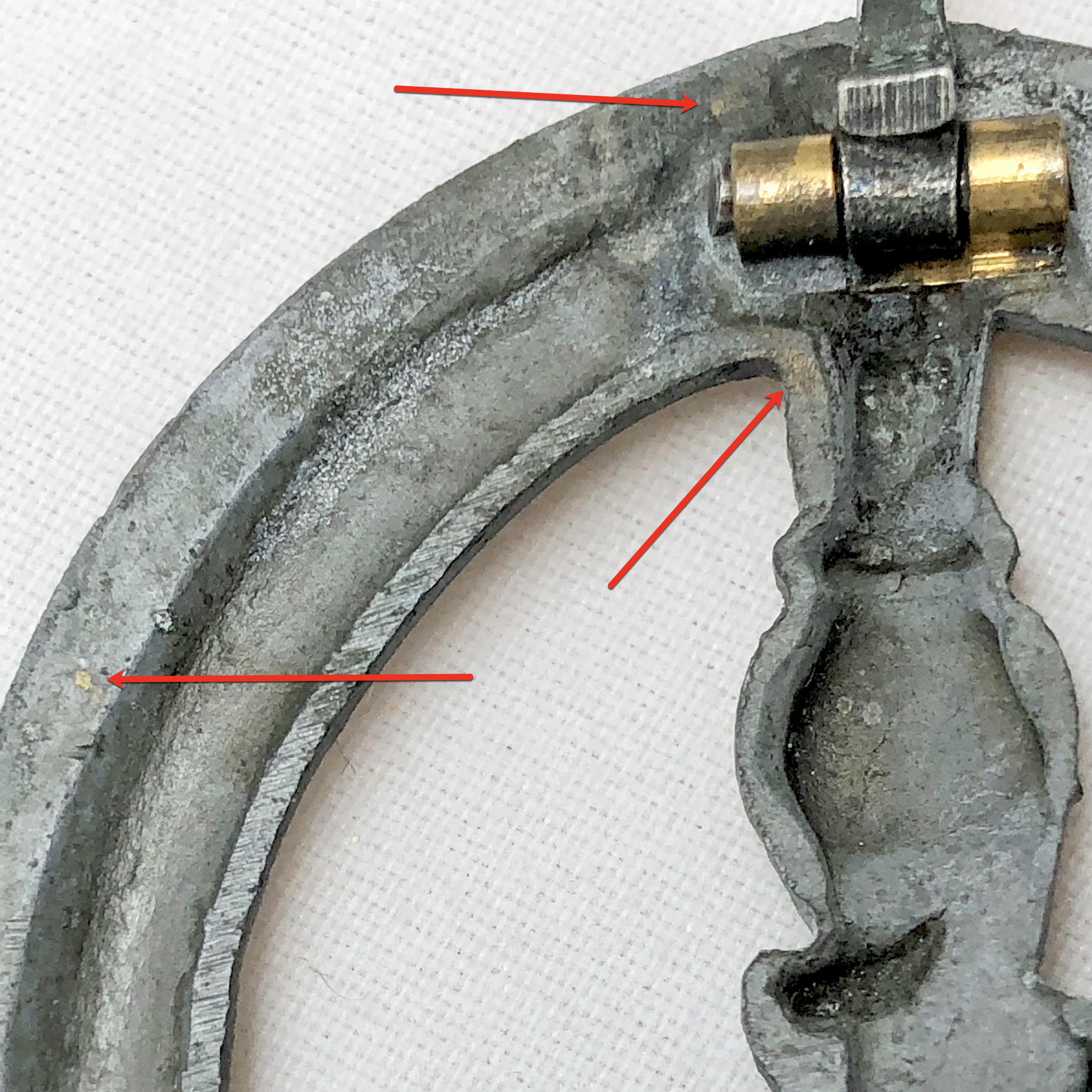 This is a very scarce Gold Type-4 Anti-partisan badge by C.E. Juncker with rare cut-outs for this type (typically seen without the oblong cut-outs beneath the snake’s heads), and a previously unknown “thin” version (more on this below).

This is a very scarce Gold Type-4 Antipartisan badge by C.E. Juncker with rare cut-outs for this type (typically seen without the oblong cut-outs beneath the snake’s heads), and a previously unknown “thin” version (more on this below).

Made of zinc, almost all of the gold wash is long gone, but there are a couple of spots where the original gold wash remains (see photos). This badge is one of a set of three (one Bronze, one Silver and one Gold) that belonged to a single German soldier.

What makes this badge particularly rare, outside of the fact it is the Gold grade, are two very rare and unique qualities. One of these qualities includes the two cut-outs between the snakes. As noted in Anthony Scapini’s book, “The Anti-partisan Badge” (page 111), almost all of these badges were produced without these cut-outs, but some rare examples include these cut-outs, as is the case here. As well, this variant of the Type 4 is a “thin” version. In Scapini’s book, page 111, he notes that these Type 4 badges were all “thick” versions. This is obviously not the case as this version is unmistakably an original Type 4 badge with a slightly lighter weight (28g versus 30.9g noted in the book) due to the reduction in materials used to produce it. Perhaps in a future edition of Scapini’s book this variant will be identified as a Type 4.1.

The weight of this badge is 28g, with the width and height being 49.5mm x 58.6mm respectively. The thickness of the “lip” at the outer edge of the badge is approximately 1.3mm – 1.5mm (depending on where you measure). As mentioned above, this is an extremely rare “thin” version of this Type, and is not noted in Scapini’s book (yet).