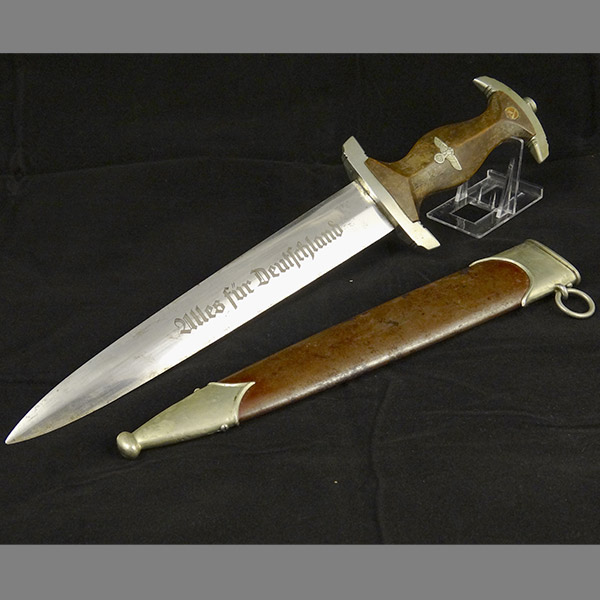 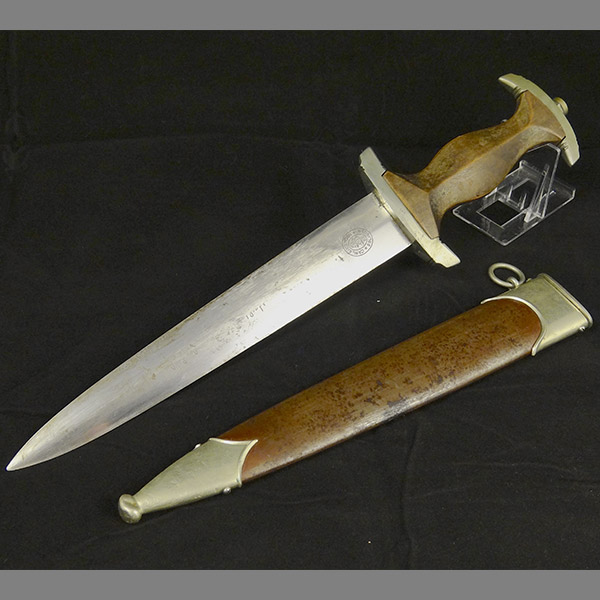 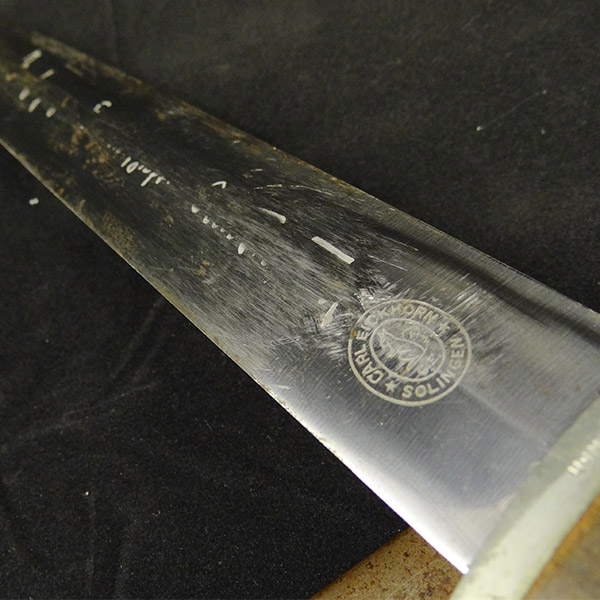 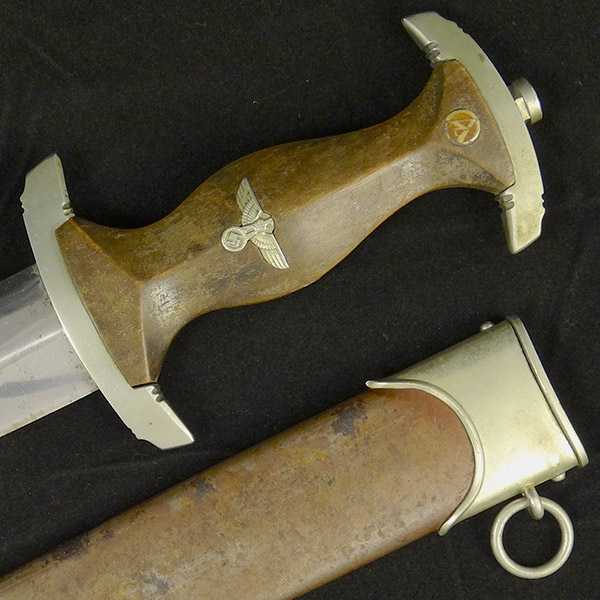 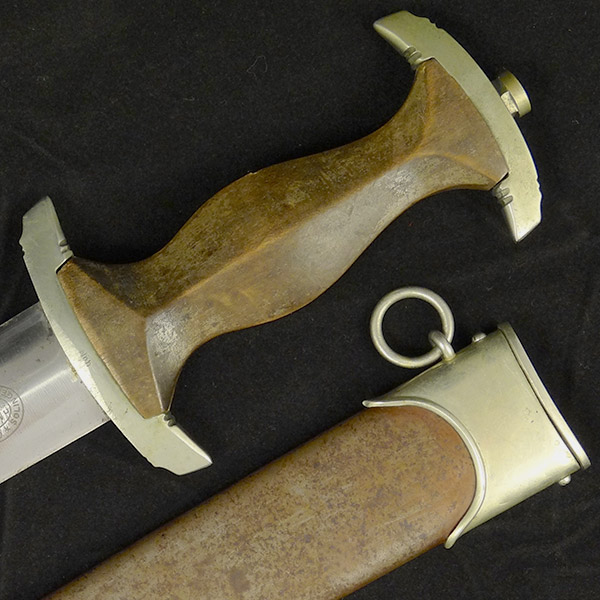 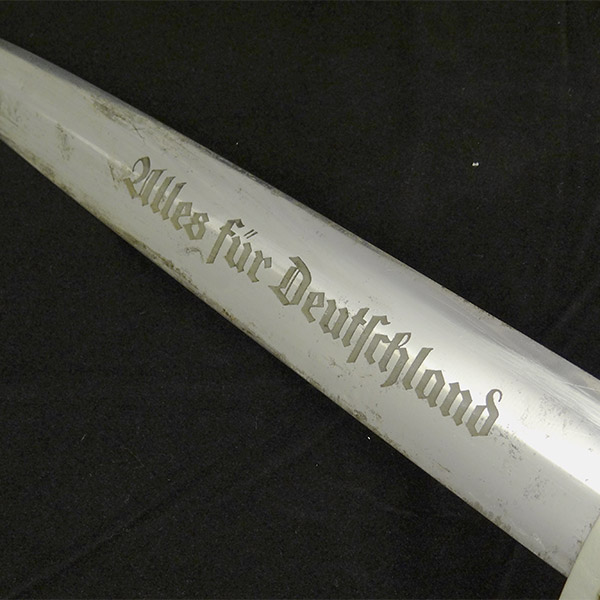 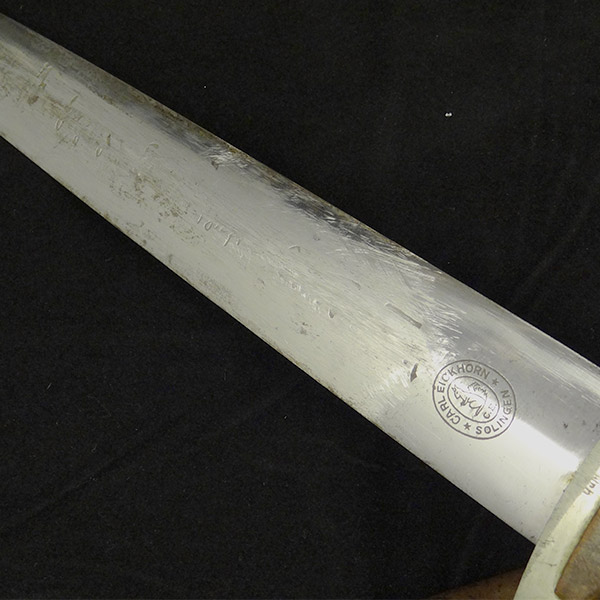 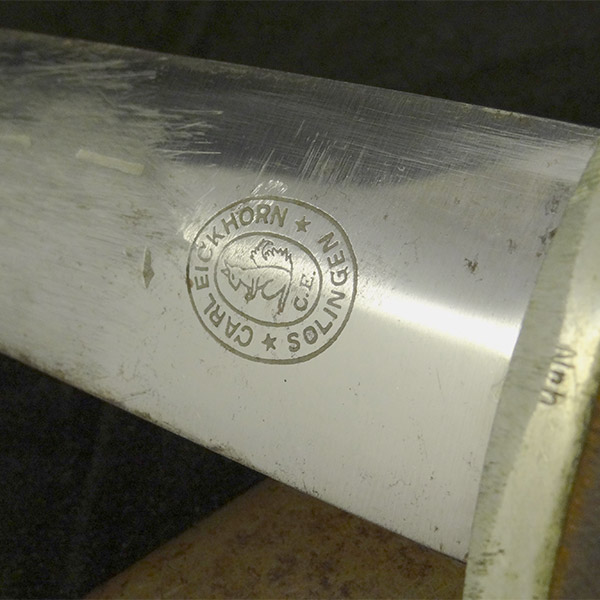 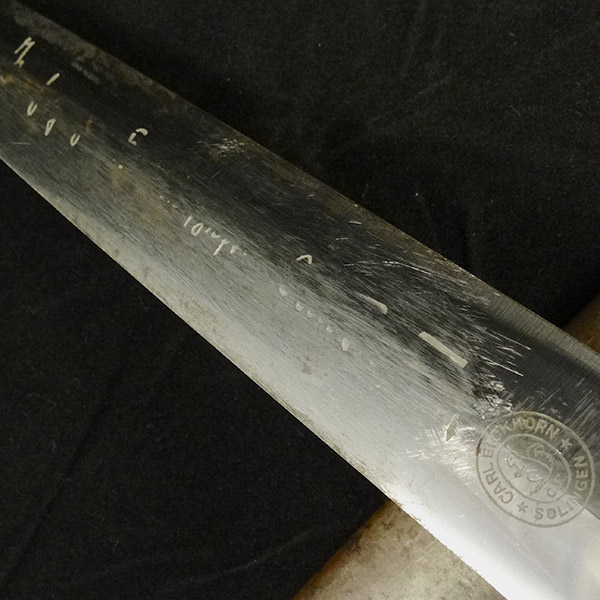 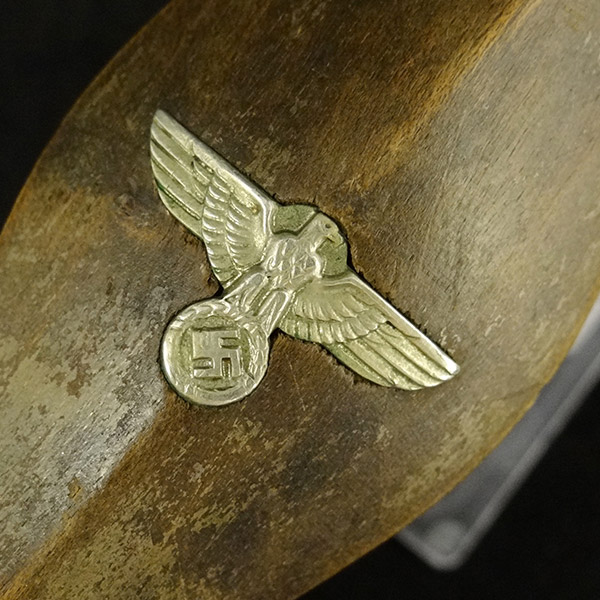 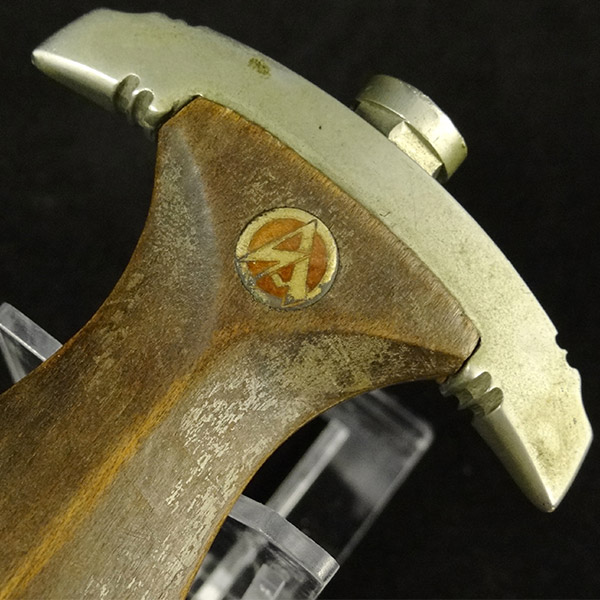 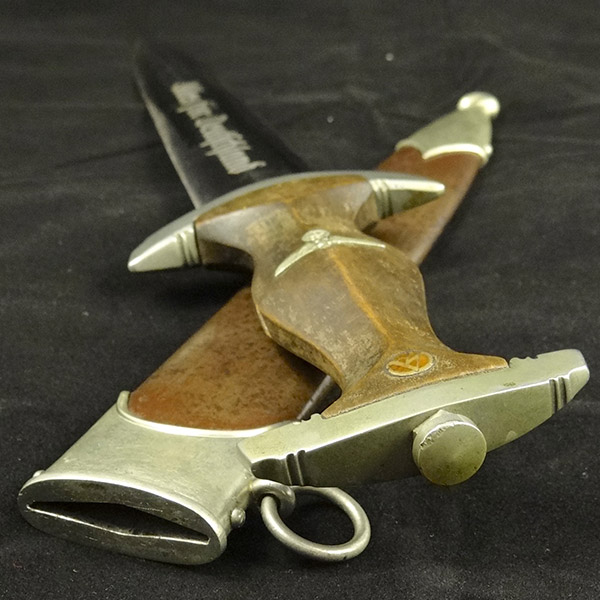 For all of you hard-core SA dagger collectors, here is the dagger you’ve been waiting for! An early Eickhorn marked large double oval partial Röhm SA dagger. These are extremely scarce since early in the production of the Rohm inscribed SA daggers Eickhorn transitioned to the smaller mark that is positioned much closer to the lower guard…

For all of you hard-core SA dagger collectors, here is the dagger you’ve been waiting for! An early Eickhorn marked large double oval partial Röhm SA dagger. These are extremely scarce since early in the production of the Rohm inscribed SA daggers Eickhorn transitioned to the smaller mark that is positioned much closer to the lower guard. To find one of these with the larger double oval mark AND remnants of the inscription is an SA dagger collector’s dream! Add to this already appealing dagger the Swastika die flaw (see description below) and it is a must have for any SA dagger collector.

The grip on this one shows age, but is still in fantastic condition. The age displayed here does nothing but add to the dagger’s appeal. The guards show a nice appealing age tone, with the deep cut Eickhorn accent grooves. The eagle on the grip shows some age wear, but has retained about 80 – 85% of its original factory detail. One interested thing to note about this eagle is the Swastika die error. As shown in the photos, the arm on the West side of the Swastika is uncut, but you can see the imprint of the die on the surface. This is due to a “plugged” die, which sometimes occurred in manufacturing. Typically such a flawed grip eagles would have been discarded, but this one made it through quality control, and even went unnoticed by the recipient (or perhaps he simply didn’t care). The SA roundel shows an average amount of wear to the enamel surface, and is still very proud. The pommel nut and surrounding upper guard surface show no signs at all of having ever been turned.

Moving to the blade we see a nice prominent motto with the original factory tone still completely even and in tact, which implies that the blade has not been cleaned or polished. On the reverse we see the “field ground” Ernst Röhm inscription with many parts of the inscriptions still clearly visible. As noted earlier, what makes this dagger stand out from other Rohm daggers is the rare early Eickhorn large double oval maker’s mark. Early in the production of these Rohm SA daggers Eickhorn saw the need to reduce their logo size and move it closer to the grip to make room for the Rohm inscription. There are few known examples with this larger early logo, so finding one like this is a real treat!

The anodized scabbard shows the normal amount of wear throughout with a nice deep chocolate tone body and the expected metal patina tone to the nickel fittings. The top ball shows a couple of dings, but not the smashing we typically see with these daggers.

This dagger will not be around long at this price and with so many desirable attributes. This isn’t one to “think about” if you’re a true SA dagger collector. Pull the trigger fast because who knows when (if ever) the next one will come along.