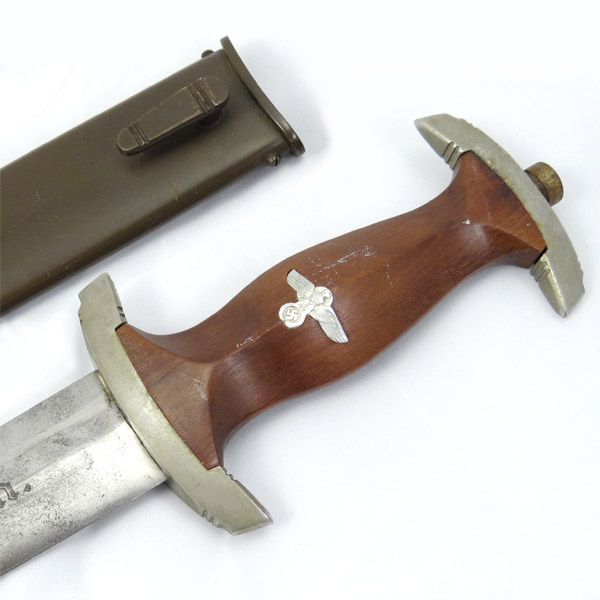 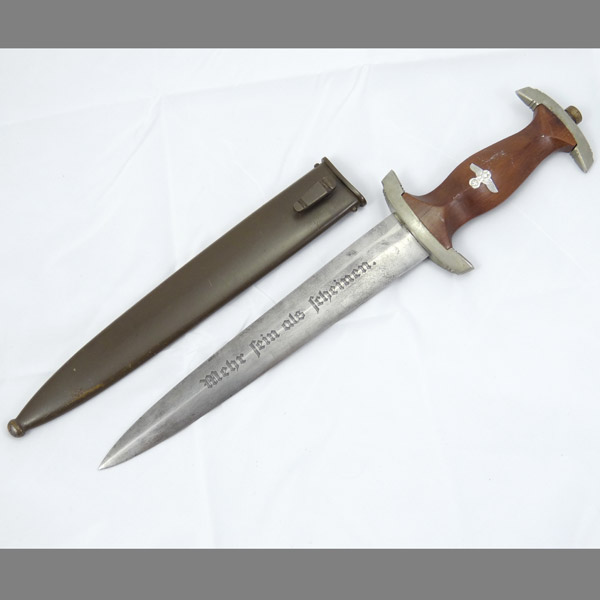 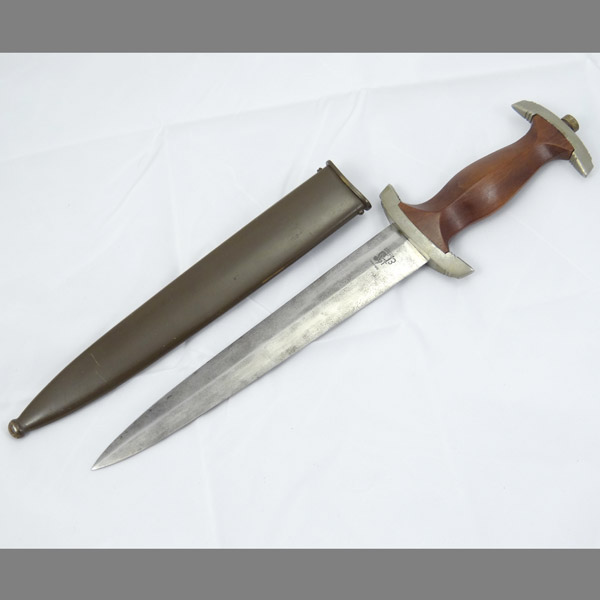 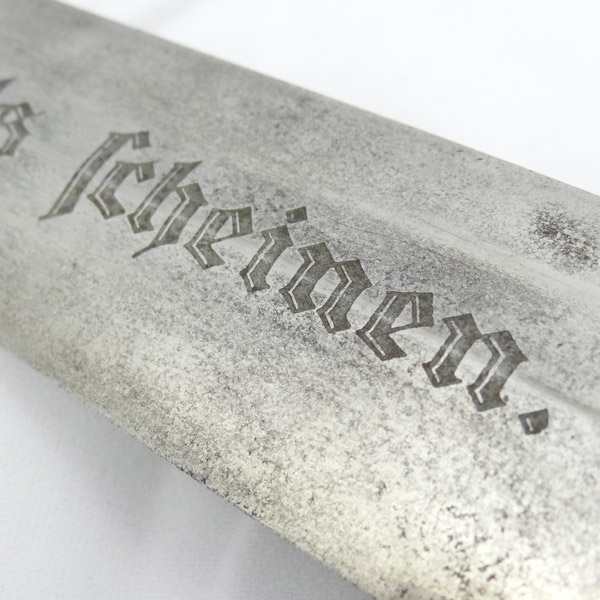 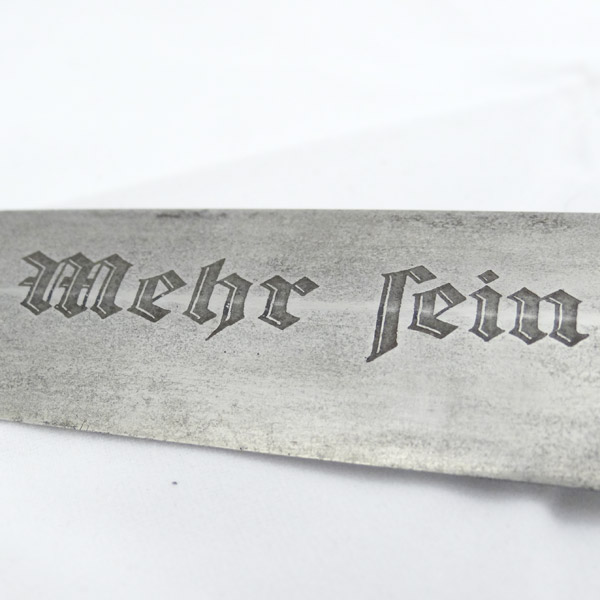 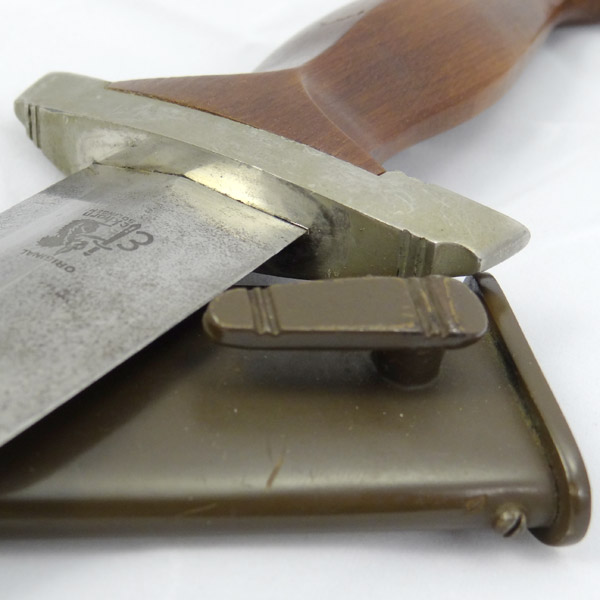 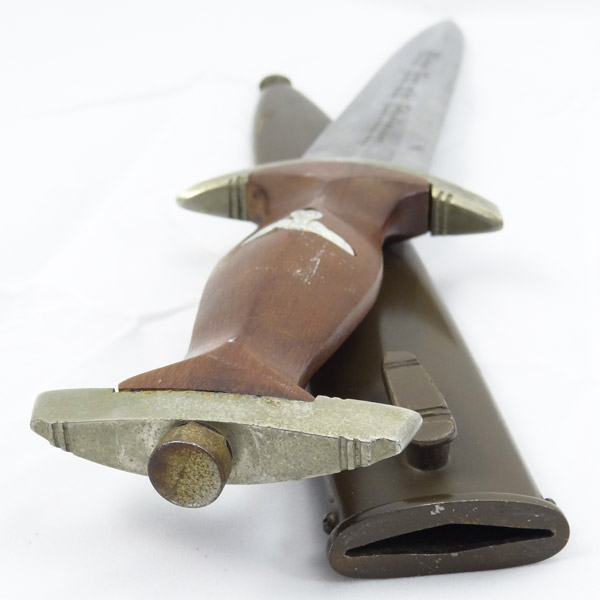 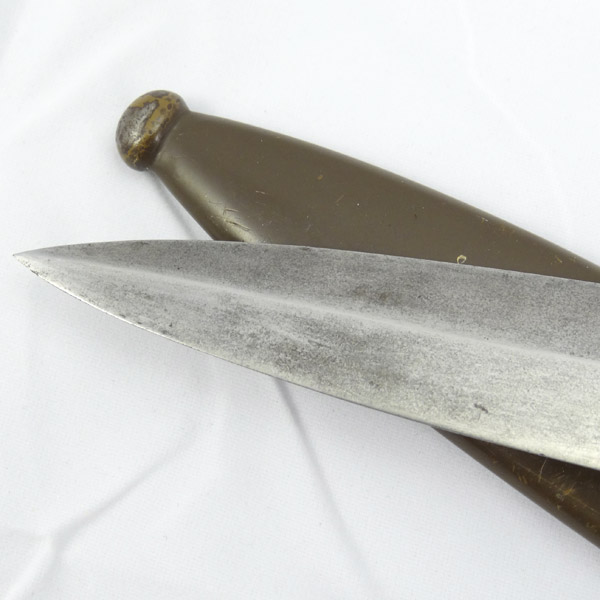 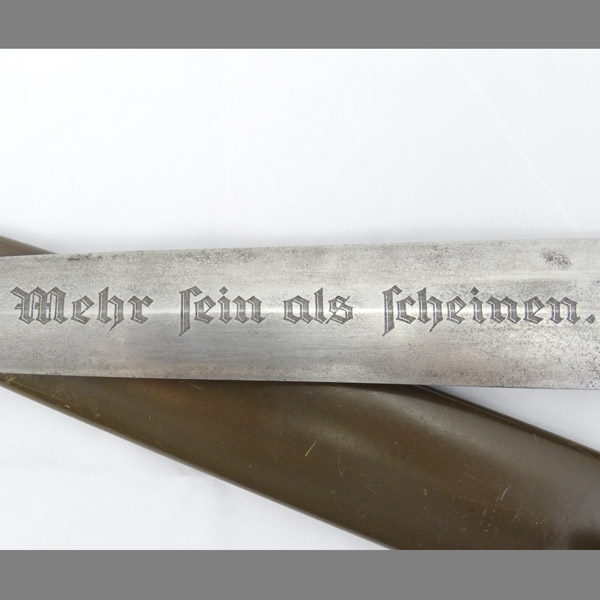 We have here a very rare and highly desirable NPEA Student Leader Dagger with signs of age to the blade and guards, but in overall typical condition for this type of dagger…

We have here a very rare and highly desirable NPEA Student Leader Dagger with signs of age to the blade and guards, but in overall typical condition for this type of dagger.

Beginning with the grip, along with patina and dirt from years of storage, the nickel plated guards show your typical plating lift where the guards meet the wood of the grip, but nothing we’re not used to seeing with these zinc plated guards. The tang nut has lost most of its plating (again, very typical), leaving a deep brown tone across approximately 95% of the surface of the nut. The wood shows modest use wear with a couple specs of what appear to be white paint, but otherwise only a very small hairline crack to note – otherwise a very fine grip! The eagle has seen a few impact blemishes, but is seated nice and tight.

Move on to the blade we see some spotting throughout the blade on both sides, but nothing too distracting considering the overall condition and rarity of this piece. The NPEA motto on the front of the blade, “Mehr sein als scheinen”, is very crisp and has retained 95% of its original gray background tone. On the reverse we see the correct Carl Eickhorn squirrel makers mark for the period, also having retained almost all of its original deep gray tone.

The scabbard on this example is textbook, having the nice olive drab paint that we expect to see. The paint shows very little wear, covering easily 98% of the scabbard, with only minor nicks and surface wear/scratches to note. The frog lug style and two side-placed throat retainer screws on this scabbard are not typical of Eickhorn, but correct for this version of the NPEA Student Leader Dagger, and are exactly as shown on page 97 of the Weinand NPEA book.